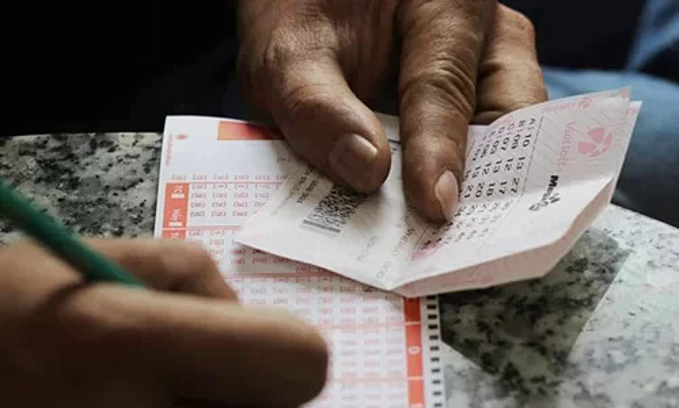 A customer selects numbers on their lottery ticket at a street in Ho Chi Minh City. Photo by VnExpress/Phuong Dong.

Private lottery firm Vietlott saw its net profits plunge 70 percent to VND64 billion ($2.8 million) in the first half of this year.

According to its newly released half-yearly statement, revenue was down 38 percent to VND1.17 trillion ($50.48 million) mainly due to falling interest in the company’s biggest product, Power 6/55, a progressive jackpot with the biggest prize.

Interest in it had surged in early 2018 when the top prize reached a record VND303 billion ($13 million), causing H1 2018 revenues to skyrocket.

Ticket sales for it have since declined, and its jackpot now stands at VND46.9 billion ($2 million), according to the company’s website.

Ticket sales accounted for 92 percent of Vietlott’s revenues, with the rest coming from financial investments.

Its first product involved players selecting six numbers from 1 to 45 and winning a jackpot starting at VND12 billion ($518,000) if it matched the winning number.

Tickets cost VND10,000 (43 cents) each, the same as the traditional lottery. The jackpot rolls over each week until there is a winner.

The traditional lottery in Vietnam offers tickets with numbers printed on them and offers a top prize of VND2 billion ($86,400), which was raised by 33 percent at the beginning of last year to make it more attractive.