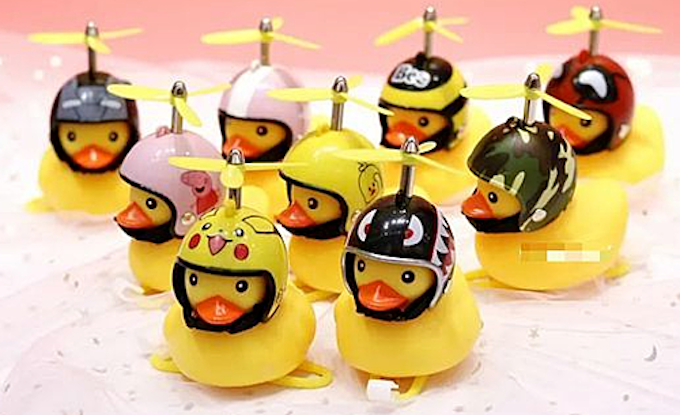 Duck toys imported from China are being sold widely in Vietnam. Photo acquired by VnExpress.

An import surge of cheaper Chinese toys courtesy of the U.S.-China trade war is making life difficult for Vietnamese producers.

“Chinese toys are selling well at low prices. About 60 percent of the toys I sell are from China, the rest from Vietnam and the U.S.”

The CEO of a toy company in Ho Chi Minh City, who did not want to be named, said the quantity of Chinese toys in the market has been growing fast in the first few months. They are being sold in most local shops, markets, street vendors and online, with many not having clear origin and safety certificates.

“Vietnamese toys are struggling to compete as Chinese toys are being sold at much lower prices,” he said.

Vietnam Customs said that toy imports from China in the first five months this year has already accounted for over half of the total value last year, and is set to increase for the rest of this year.

The surge in toy imports is being attributed to the year-long U.S-China trade war, which shows no signs of ending. Experts had warned earlier that China could increase the export of cheap goods to Vietnam to avoid U.S. tariffs.

The U.S. has so far slapped a 25 percent tariff on $250 billion worth of Chinese goods, and President Donald Trump has threatened to apply the same elevated levy on remaining imports from China worth around $300 billion. In retaliation, Beijing also raised tariffs on $60 billion worth of American products.

China has been weakening its currency to improve exports. The yuan fell to its lowest this year on Jun 10 at CNY6.93 per dollar. As of Friday, it has fallen by 3.7 percent compared to a year earlier, according to Bloomberg data.

Vietnam imported $68.7 million worth of toys from China last year, up 21 percent from 2017, according to Vietnam Customs. Where to go shopping in Ho Chi Minh City: a guide to malls