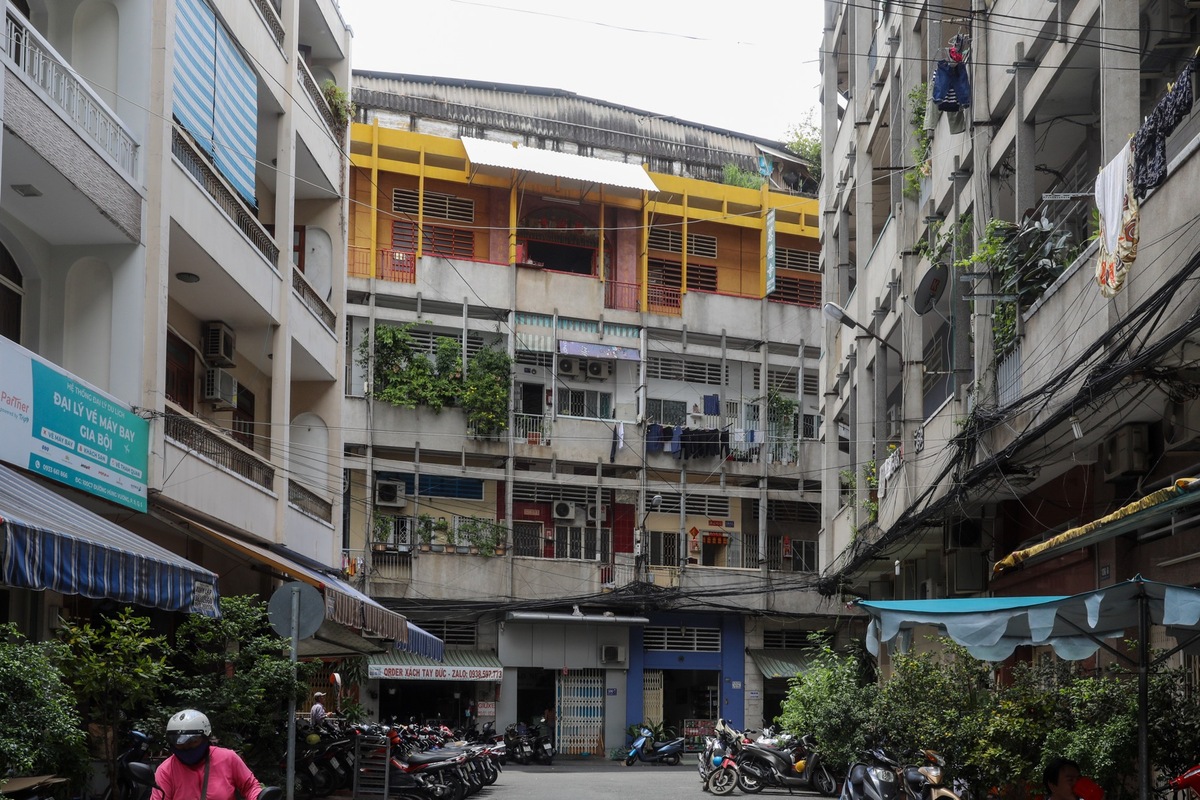 Tu Duc Pagoda (painted yellow) is located on the fourth floor of Hung Vuong apartment building. The pagoda was built in 1970, around the same time the building was established. 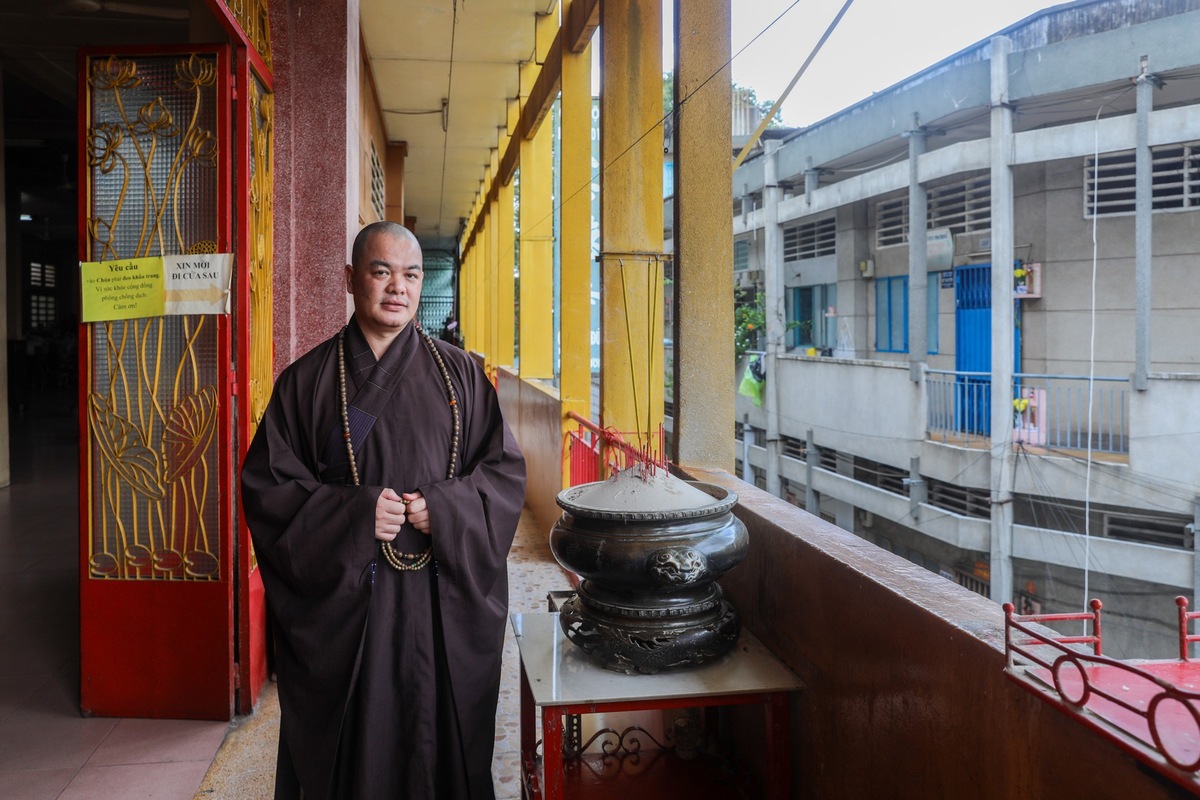 In front of Tu Duc Pagoda stands a large censer and altar facing the buildings opposite.

Monk Thich Chan Khai, in charge of the pagoda, said: “My master originally planned to build a pagoda in Phu Lam area (District 6). But the owner of this complex, a follower of Buddhism, gifted us this entire fourth floor instead.” 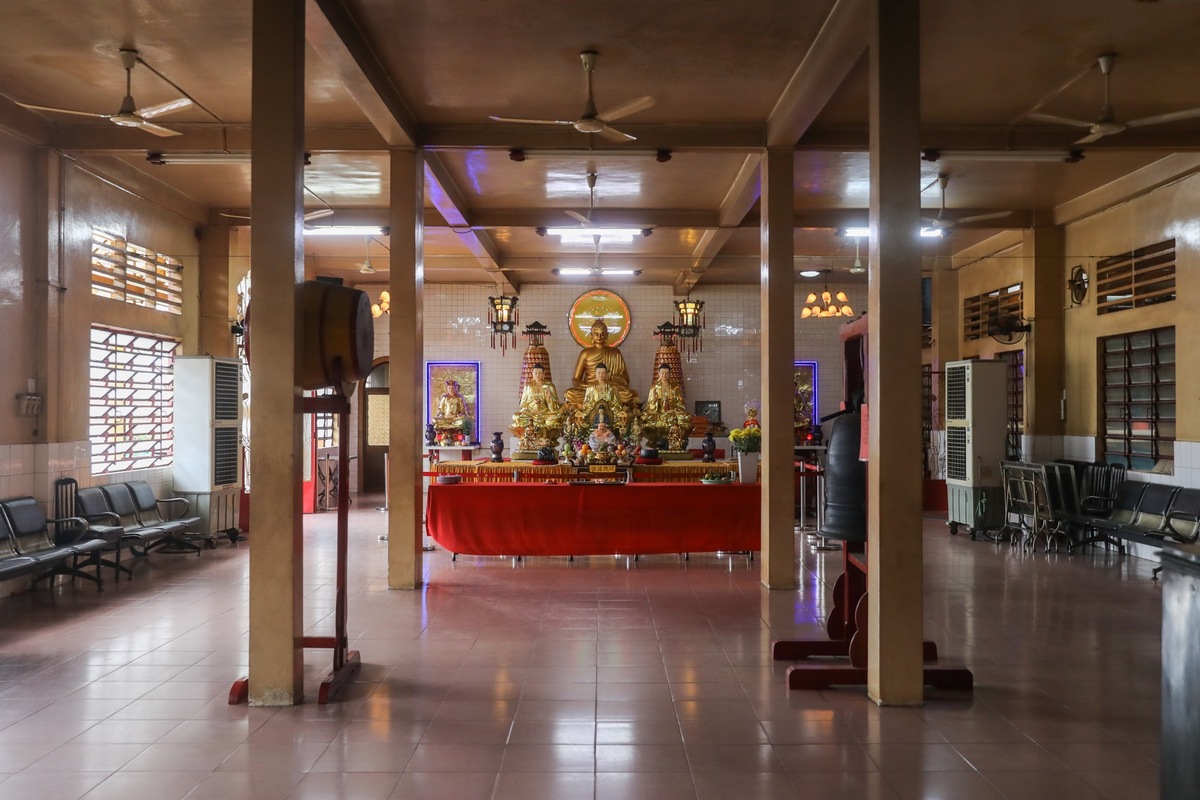 The pagoda’s interior equals the size of 10 apartments, covering an area of ​​about 700 square meters. All pillars, ceilings and floors have been kept intact as per initial design.

Unlike other pagodas, there are no ancestral house, monk’s house, or bell tower. 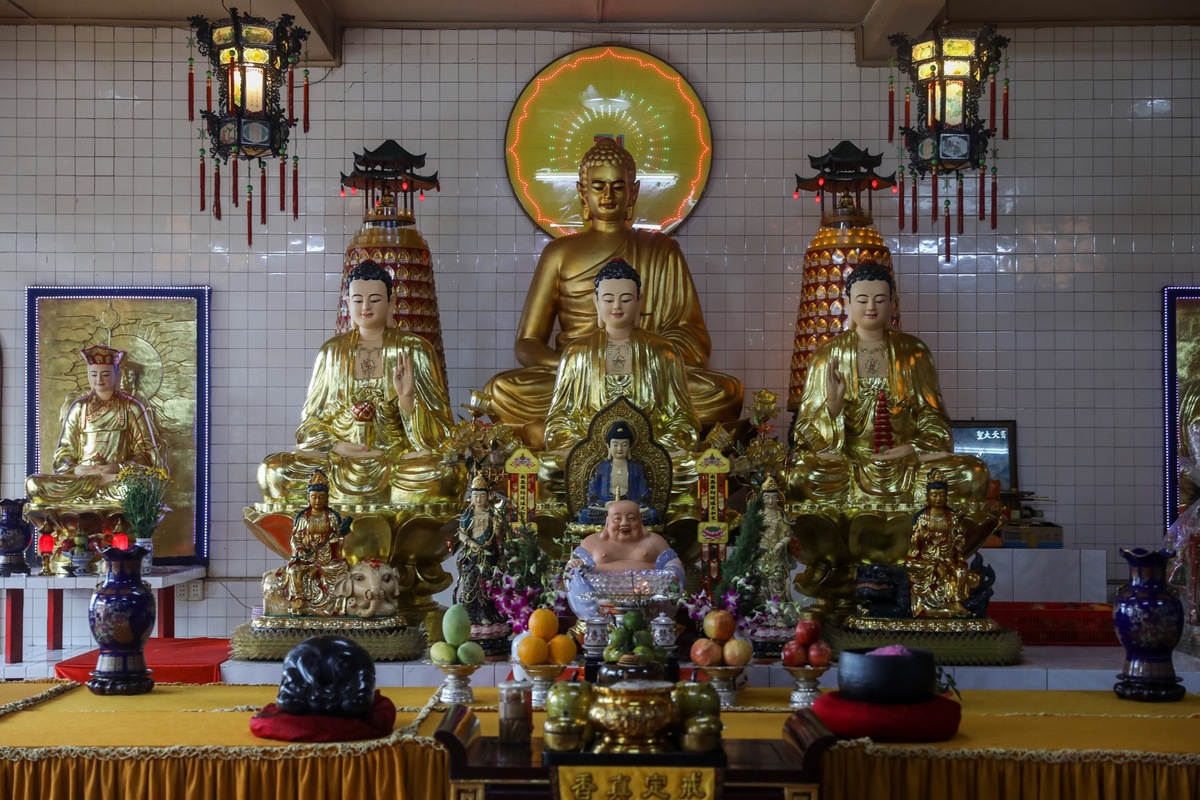 There are about 10 Buddha statues placed in the great hall. Behind the altar lies a small room where the abbot can rest. Apart from the abbot and manager, Tu Duc Pagoda does not have any other monks. 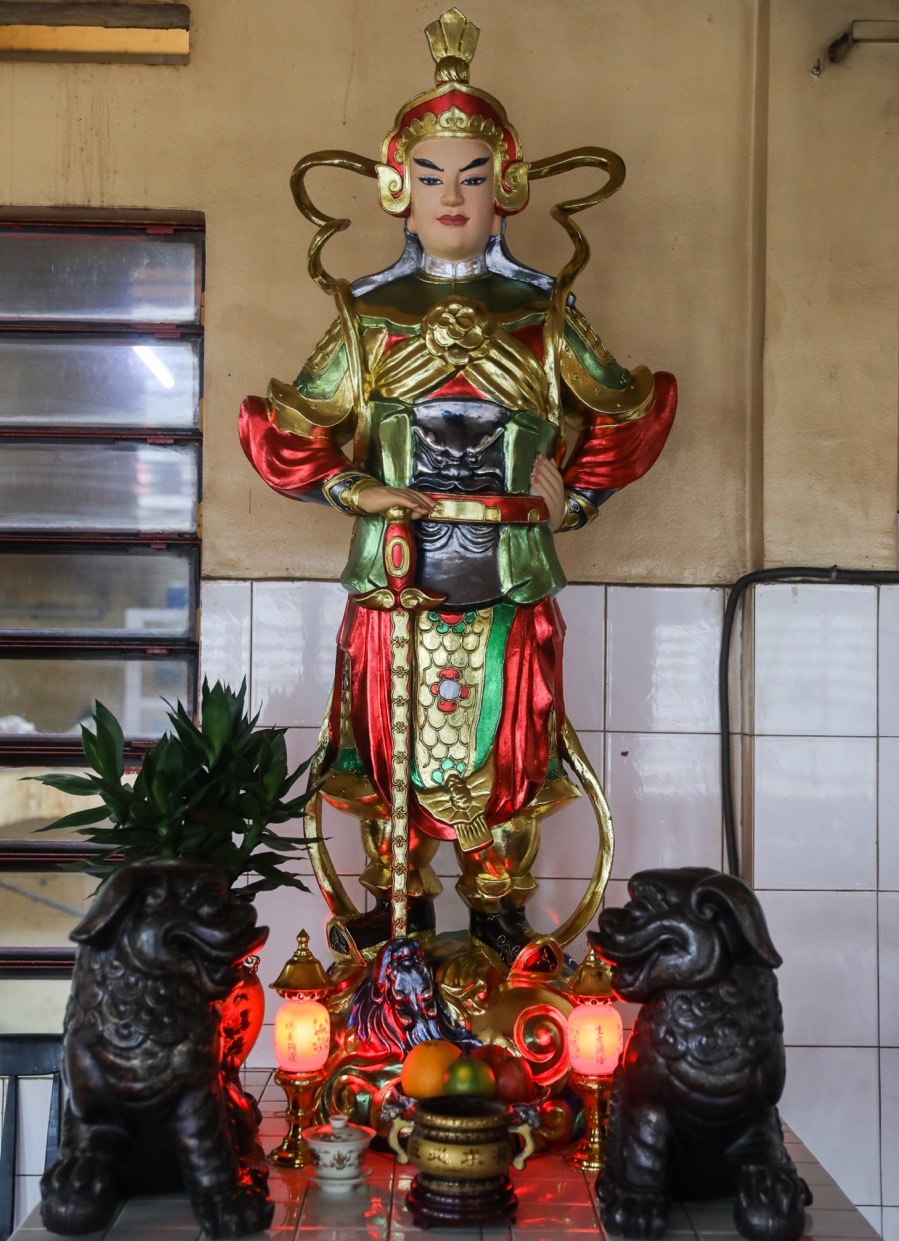 A lord in the pagoda, believed to protect Buddhism and Buddhism followers. 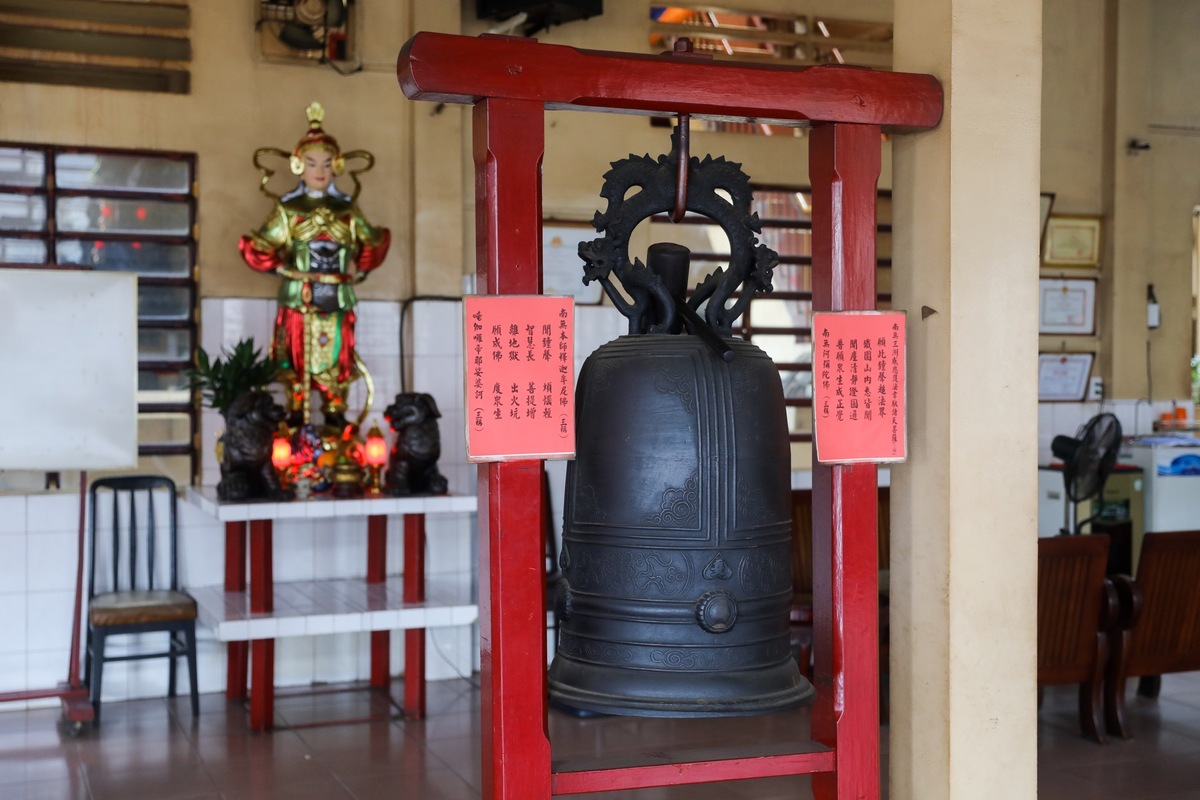 The pagoda bell is located in the center of the great hall. 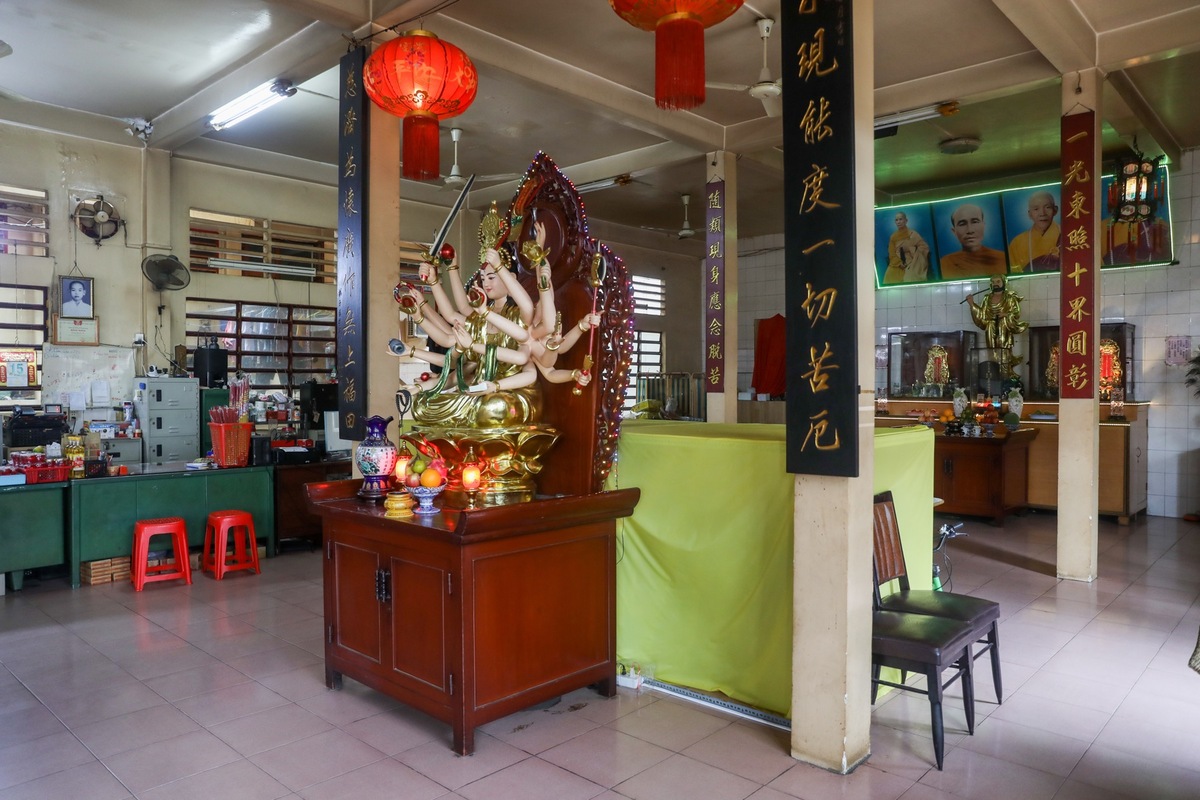 The remaining space is taken up by a statue of Cundi, a goddess with 18 arms placed on a lotus flower. Next to the statue is an office and behind a space dedicated to worshipping monks that have made a great contribution to Tu Duc Pagoda. 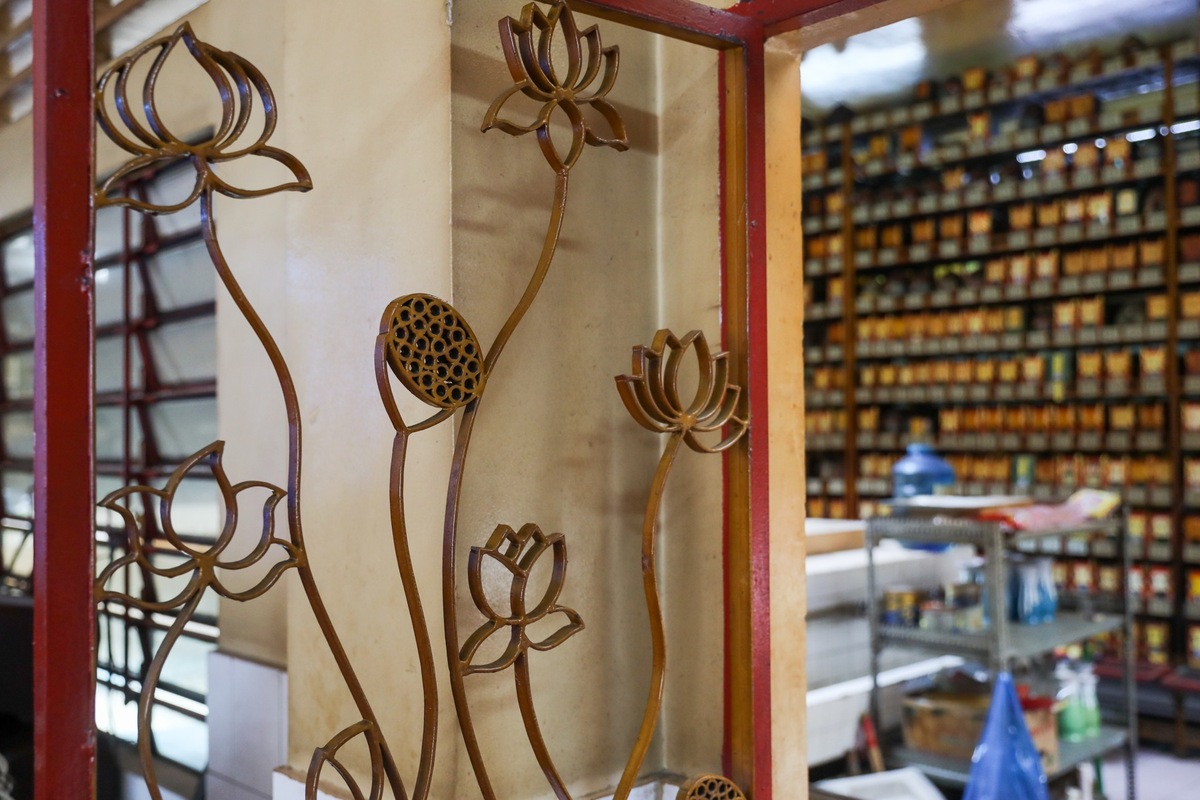 Because of the limited space, the pagoda does not feature many detailed designs, with only a few lotus shapes on the gate. 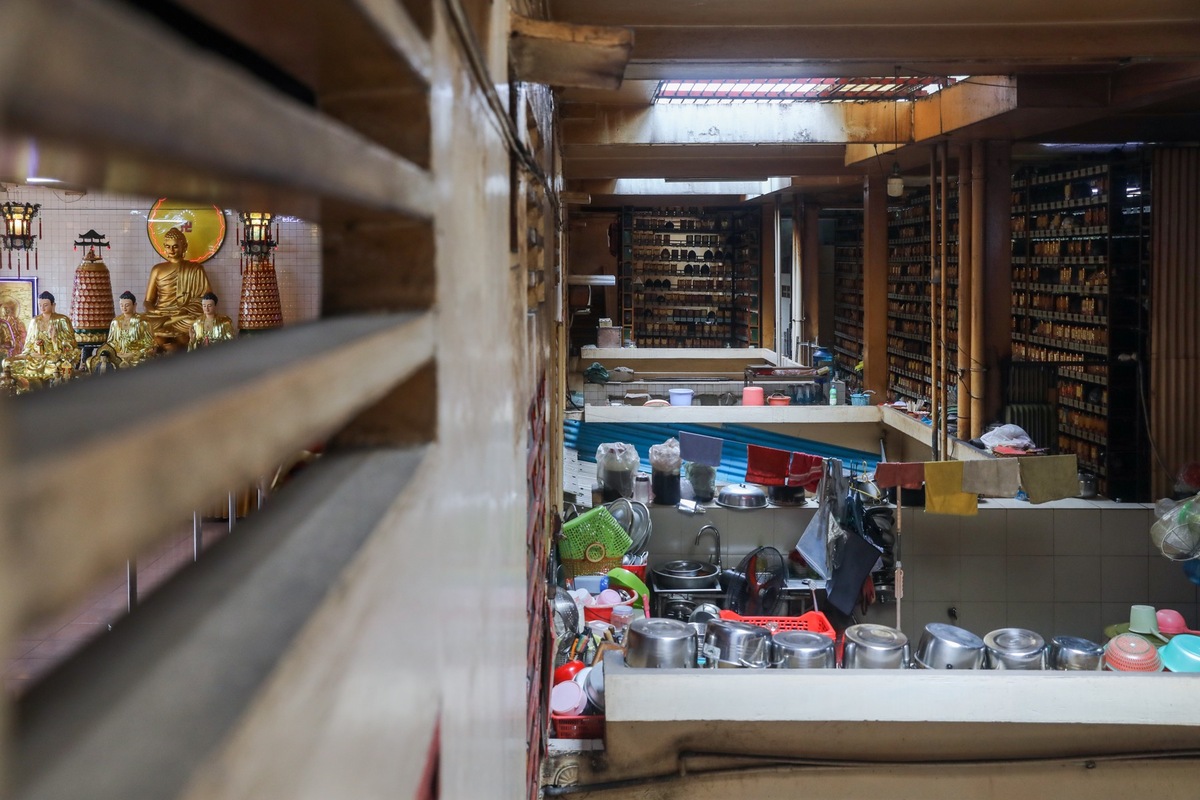 Right next to the great hall is a kitchen and storeroom for jars of ash. 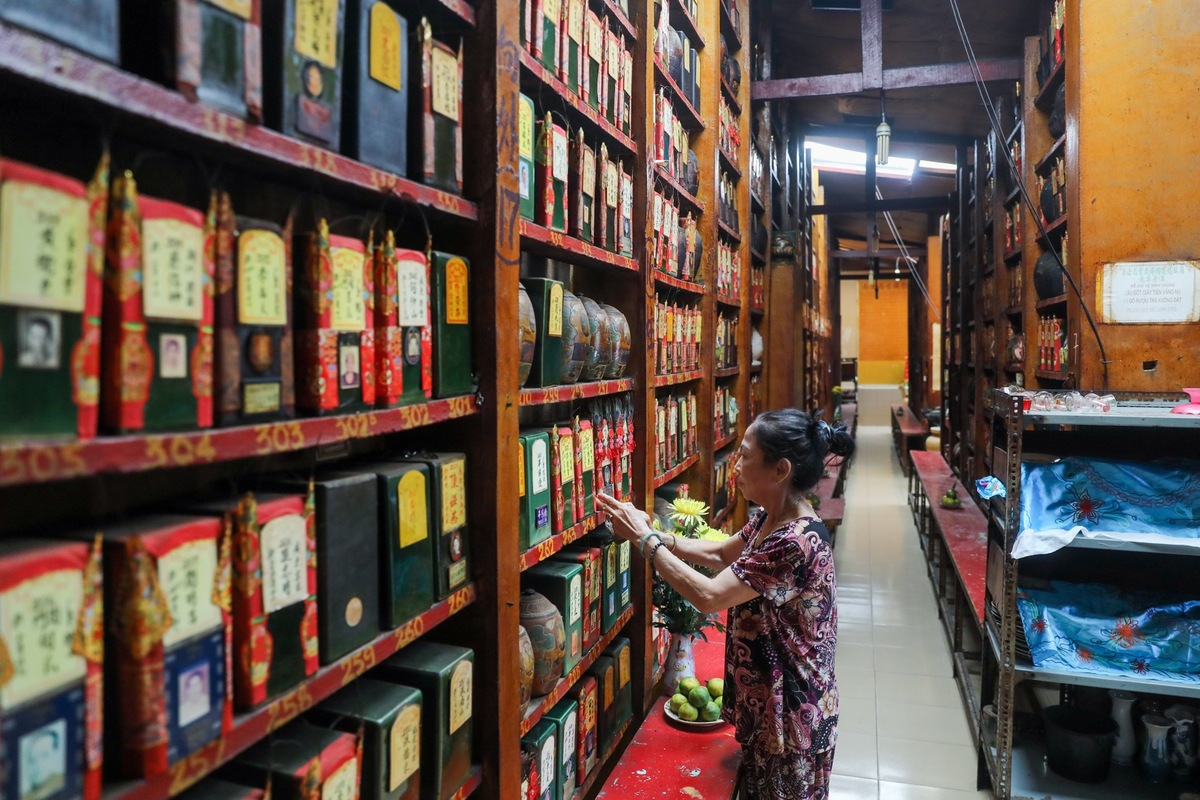 The pagoda holds about 2,000 jars of ash, carefully arranged on the four meter high shelves and cleaned daily. 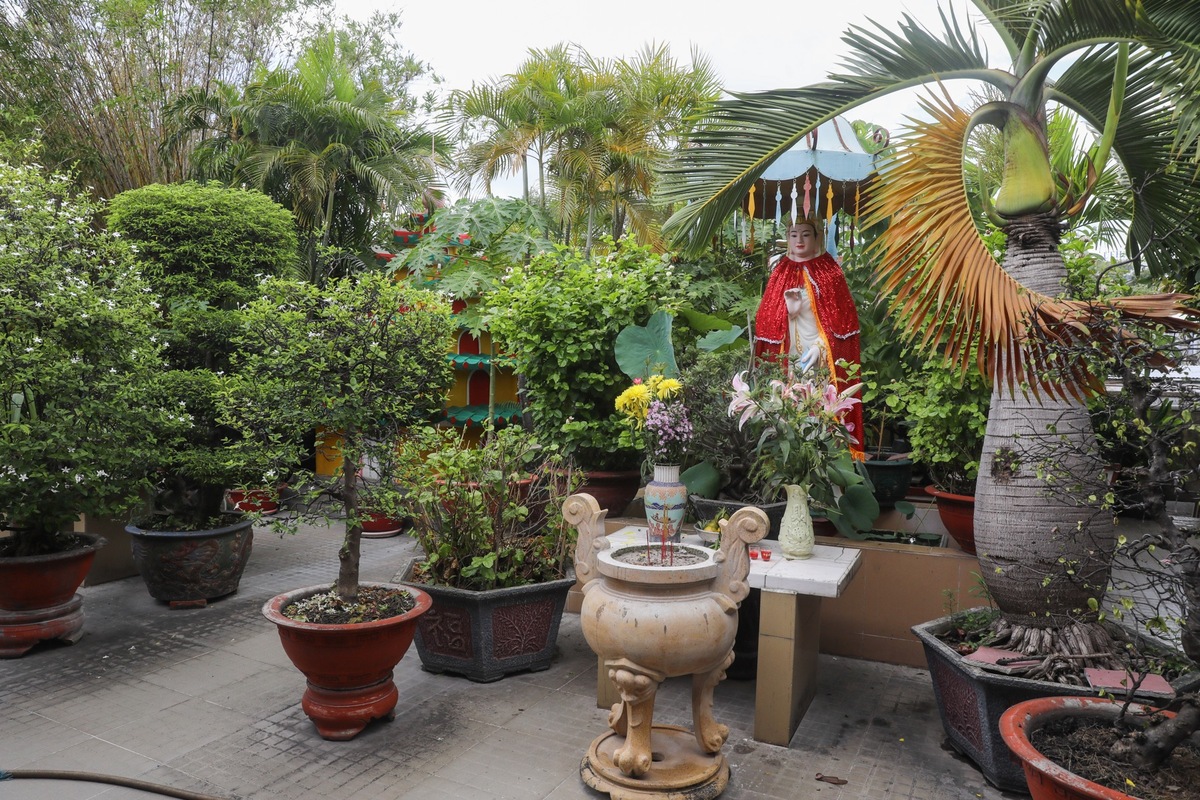 The pagoda garden includes many types of ornamental plants. Besides, there is a statue of Guanyin, a Buddhist bodhisattva associated with compassion, and a small tower containing the remains of the monk who founded the pagoda. 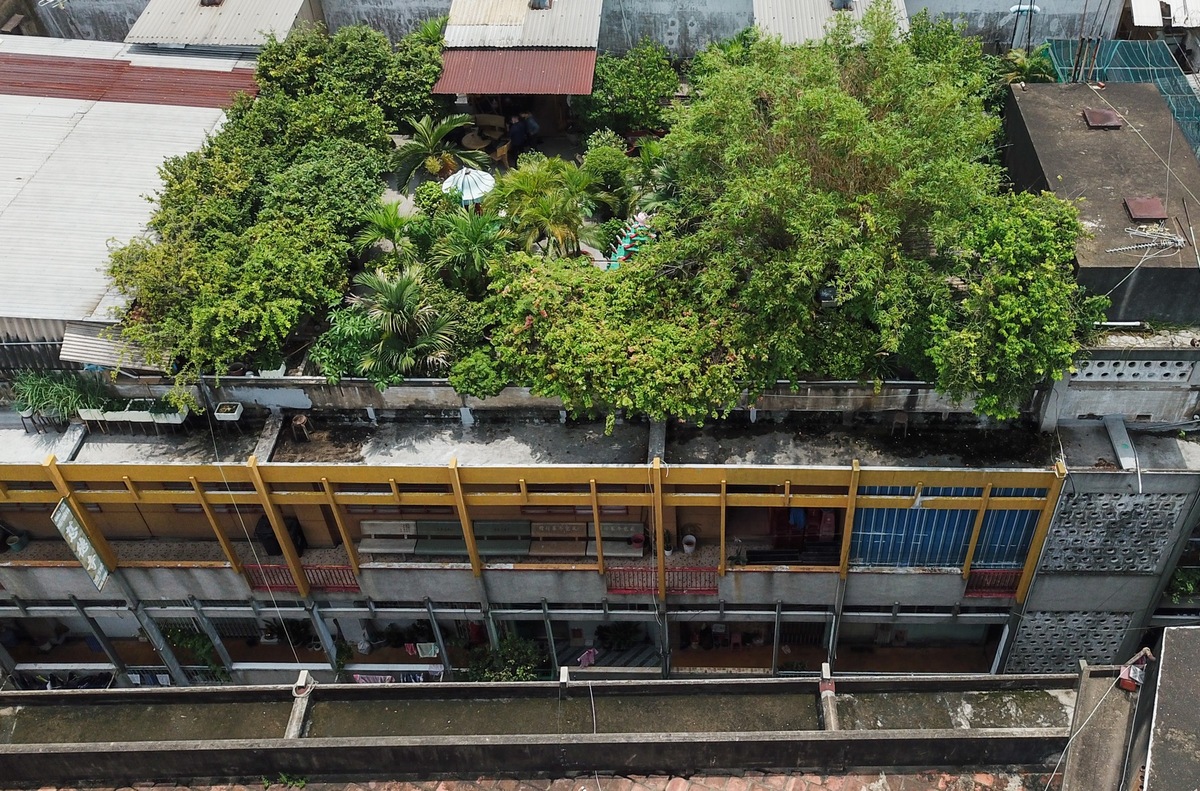 An arial view of the apartment building.

Worshippers visit the pagoda on most days, especially during full moon and big Buddhist celebrations.