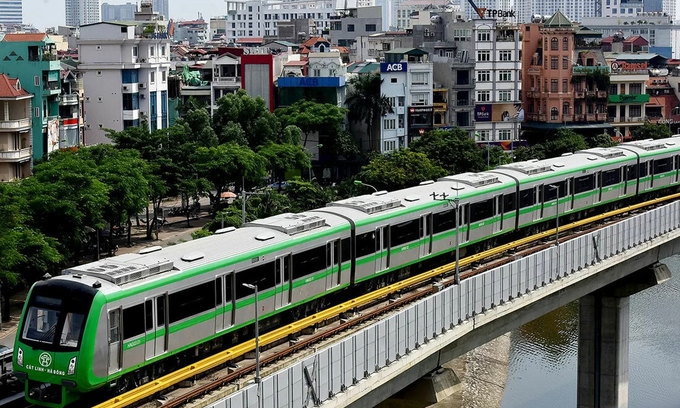 A date can’t be set for Hanoi’s first metro line to begin commercial operations as the Chinese contractor is yet to complete work.

Deputy Minister of Transport Nguyen Ngoc Dong said at a press conference Friday that the ministry doesn’t want set a deadline only to miss it again, as has happened several times already.

When the Chinese contractor reports a deadline, the ministry will inform the public, he said.

The French consulting consortium Apave-Certifier-Tricc, which is responsible for evaluating the safety of the project, has finished six out of 14 reports required, Dong said.

Dong also admitted that the ministry made mistakes in designing, acquiring land and constructing the Cat Linh – Ha Dong elevated railway project as pointed out by state auditors in a recent report, resulting in years of delay and ballooning costs.

The deputy minister said further that the project’s losses are expected as its cost is 3-4 times that of a regular road project, but it still needs to be done for economic development.

The ministry is reviewing the roles of officials responsible for the delays as the State Audit Office has suggested and will hand out due punishments, he added.

Work on the Cat Linh-Ha Dong metro line began in 2011 and was originally scheduled for completion in 2013. But several hurdles, including loan disbursement issues with China that were only resolved in December 2017, stalled it for years.

The metro eventually entered the testing phase in March with all 13 cars carrying out trial runs on both lines. The ministry wanted commercial operations to begin at the end of April, but this deadline too was missed.

Project costs have more than doubled from the original VND8.8 trillion ($377 million) to VND18 trillion ($771 million), according to state auditors.

The line now has one percent work remaining, mainly outlook finishing, it has been reported. When complete, the first metro line will run 13 kilometers from Cat Linh Station in downtown Dong Da District to Yen Nghia Station in southwest Ha Dong District.