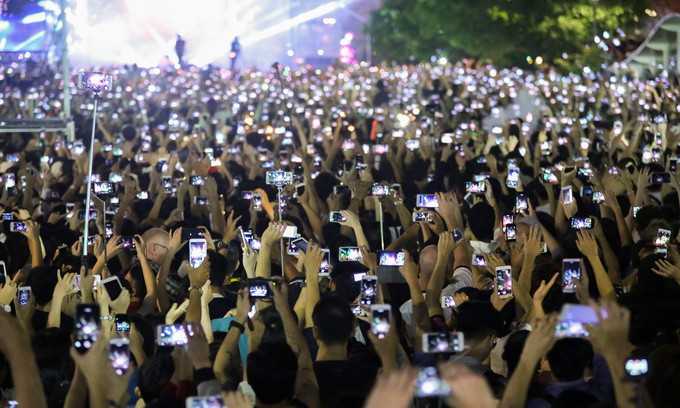 Vietnamese spend an average of four hours a day on their smartphones, 65 percent of that time on apps, a survey has found.

More than 80 percent of users spend more than two hours a day on apps, the most popular being Facebook, YouTube, Messenger, and Zalo, according to a survey released recently by HCMC-based market research firm Q&Me.

While 22 percent of smartphone time is spent for messaging, email is no more than one percent. Messaging is the center of the communication.

The survey was done in July based on the screenshot of an app called Screen Time on IOS devices used by people aged 18-39 in Ho Chi Minh City and Hanoi.

The number of Facebook users in Vietnam is the seventh highest in the world at over 58 million as of last year, according to a report by social media marketing and advertising agency We Are Social.

Mobile shopping is on the rise with one third of surveyed users using online shopping apps, according to Q&Me.

Around 64 million people, or over half of the country’s population, are online.