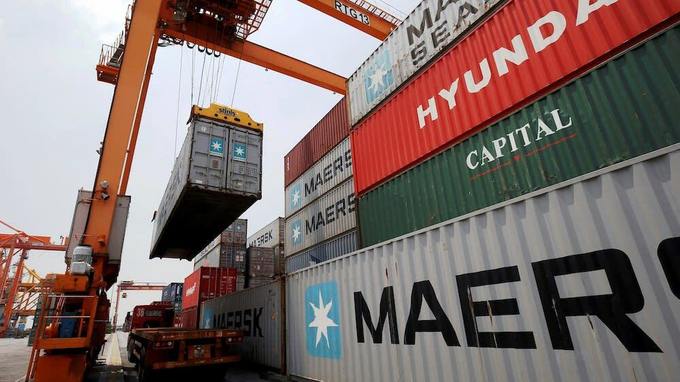 A subsidiary of Sumitomo has acquired a 10 percent stake in port operator Gemadept. Photo by Reuters/Kham.

SSJ Consulting Vietnam Llc, a company in which Sumitomo Corp owns a 51 percent stake, has acquired a 10 percent stake in Gemadept Corp, according to the Ho Chi Minh Stock Exchange.

SSJ Consulting was established recently by Sumitomo and two other Japanese companies.

Sumitomo operates three industrial parks near Hanoi and owns a logistics company in the country, while Gemadept operates six ports and handles 1.7 million containers a year.

Stock brokerage MBS said in a recent report that Vietnam would see more demand for logistics services since exports are set to grow by 10 percent a year for the next three to five years.

Last year the country’s ports handled 524.7 million tons of goods, up 19 percent from 2017, according to the Vietnam Maritime Administration.

Vietnam has 1,600 ships with a total capacity of 7.8 million tons, the fourth highest in Southeast Asia, the report added.