Houses built to shelter locals from annual flooding in the Mekong Delta have been left untouched for years. 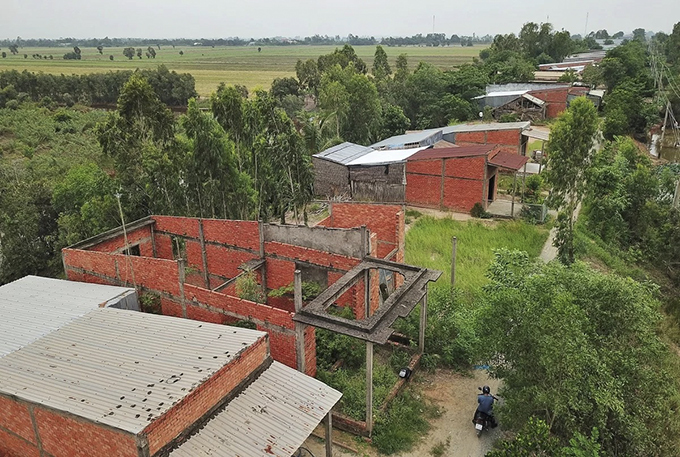 The annual flooding, which deposits silt collected by the Mekong River on the way, has blessed the region with extraordinary fertility, but this has been affected in recent years with the building of dams by upstream countries.

The Ca No residential area (pictured) was built in Vinh Loi Commune, Tan Hung District, Long An Province, in 2002 thanks to the government’s preferential credit package of VND10-20 million ($430-860) for each household. The initial purpose of the project was to allow locals to live in the highest places in the area, aloof from the annual flooding of the Mekong Delta that lasts for months. 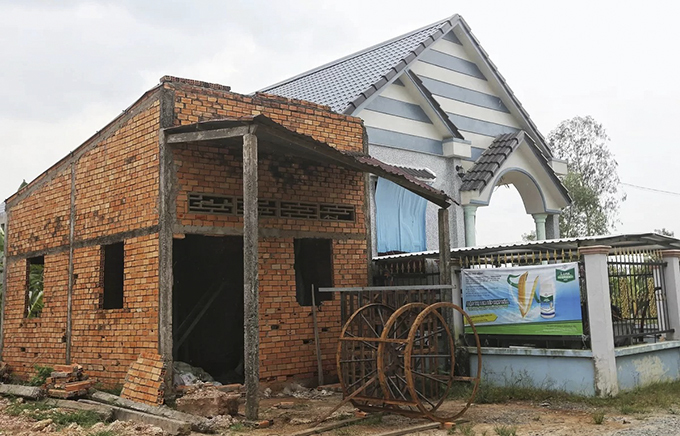 Only half of the almost 100 houses completed in the project have been occupied. The rest have been deserted because the floods have not happened for years, meaning local farmers cannot go fishing or breed seafood, and have no favorable conditions to farm rice. As a result, many have been left unemployed on their own land. 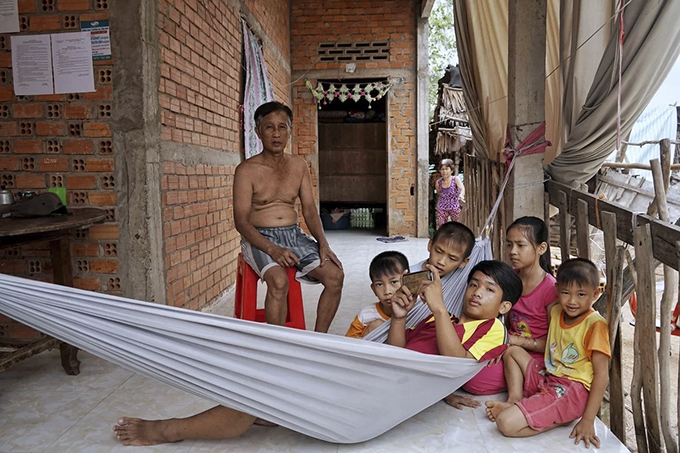 Mai Van Chin (L), 69, is one of those who is still staying in one of the houses.

But all his children have left home for work in factories, leaving just the grandchildren behind.

“I used to earn money by fishing and the peak of the business was the flood season. For many years now, the flooding has not happened, and I have had to quit the trade,” Chin said. 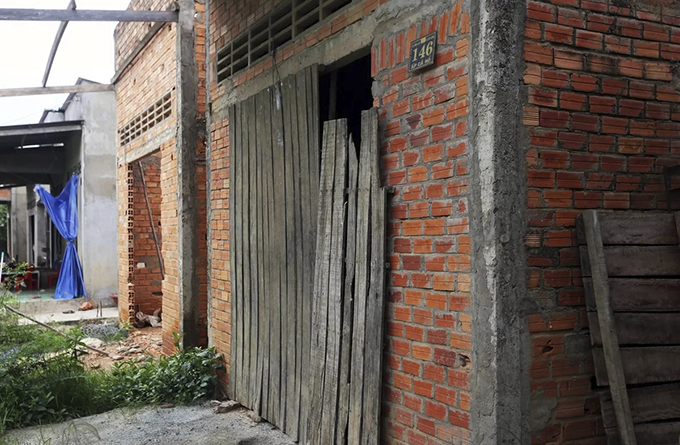 An abandoned house with its door sealed with timber.

Locals said that without the flooding, living in a high area meant nothing. “We could at least do some farming on lower land. Here, we do not have any piece of land, just a house,” said Nguyen Huynh Thong. 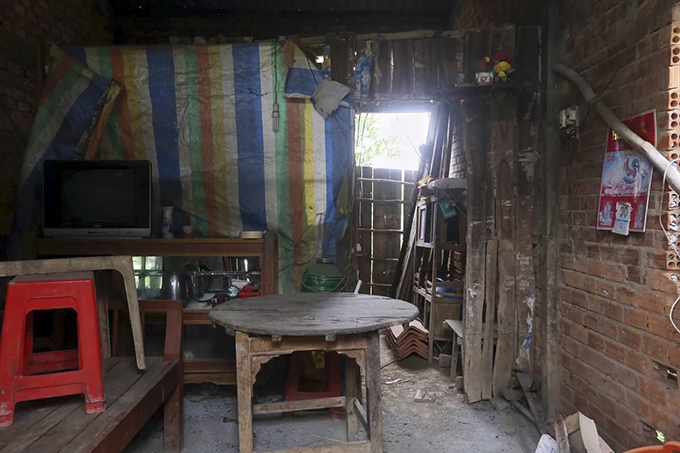 Not very far from Ca No, the Ca Dam residential area in Vinh Dai Commune, Tan Hung District has around 20 abandoned houses. Some people have even left their furniture behind. 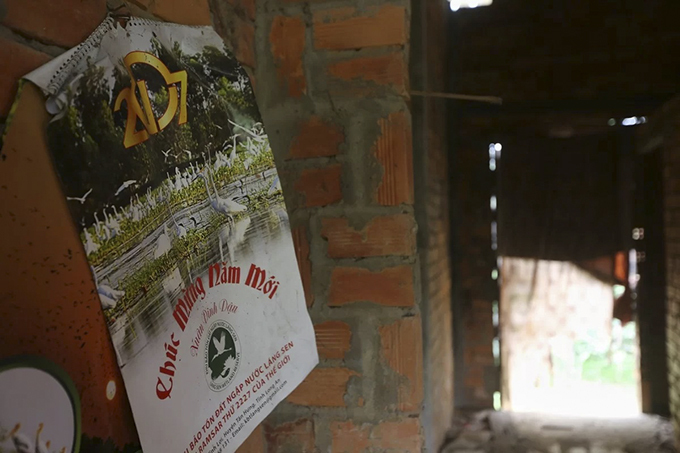 On the wall of one of the empty houses hangs a 2017 calendar. The neighbor of this house said its owner had left it more than two years ago and has returned to look at it just twice. 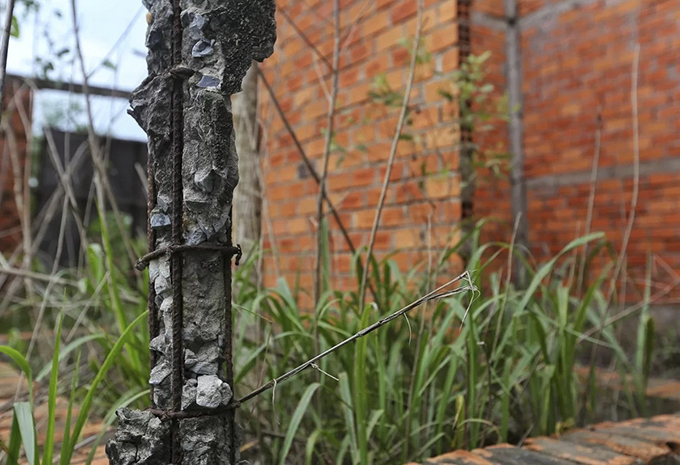 An exposed pillar and wild grass underline the deterioration of the abandoned houses. 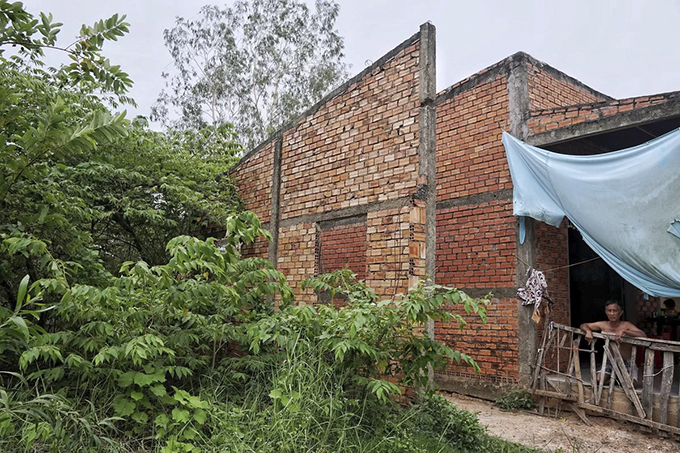 A wall is the only part left of what used to be a house.

Once a fertile land blessed by Mother Nature with good climate, lush fields and gardens, abundant fish and shrimp, the Mekong Delta has suffered dramatic changes at hands of humans, exacerbated by climate crisis impacts.

The region suffers repeated drought these days. With upstream dams changing the flow and character of the Mekong River, life will never be the same in the region. 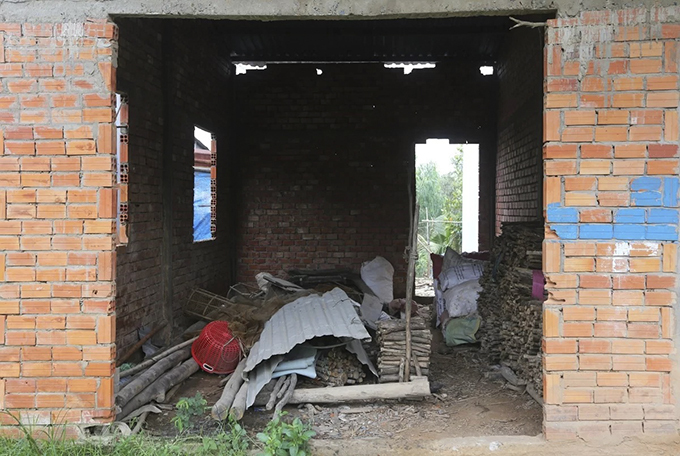 Some of the abandoned houses have been turned into places to store wood, building materials and anything locals do not want in their house, even trash. 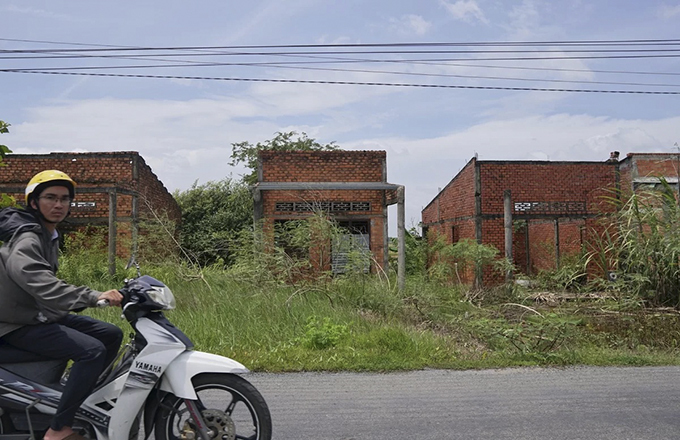 The construction department of Long An Province said that over VND900 billion ($38,800) has been poured into such housing projects in 10 districts since 2002 and so far, only half of these have been occupied.

Provincial authorities are still looking for solutions to deal with the abandoned houses.