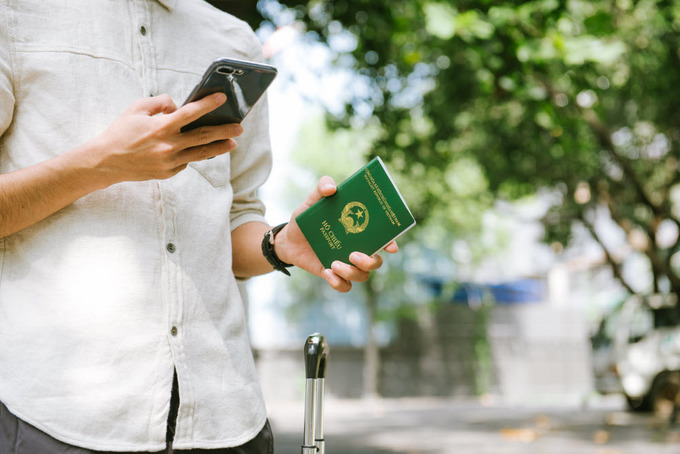 The Vietnamese passport climbed up two places to 73rd out of 94 positions occupied by 199 countries and territories but remains in the bottom rung.

The 2019 Passport Index, commissioned by Arton Capital, a global financial advisory firm based in Singapore, shows that people holding a Vietnamese passport has free access to 61 countries and territories, compared to 56 last year.

The index ranks passports of 199 countries and territories based on the number of countries the holder can visit without first obtaining a visa or applying for one on entry.

In Southeast Asia, the Vietnamese passport is only more powerful than Laos and Myanmar.

Singapore and Malaysia have the most powerful passports in the region with the former ranking 4th with visa exemption from 166 countries and the latter standing 9th with 161 countries.

Cambodia has moved up two places from last year to 71 with visa free access to 63 destinations.

Thailand has witnessed drastic improvement in its global ranking to claim the 52nd position. Thais can now travel to 85 countries and territories without applying for a visa, slightly higher than Indonesians with visa-free access to 81 destinations.

The United Arab Emirates has managed to secure its throne with the most powerful passport in the world, whose citizens are able to visit 173 of 199 countries and territories without applying for a visa.

Finland, Luxembourg and Spain shared the second place, with their citizens able to visit 168 destinations without applying for a visa.

The American passport has lagged behind the UAE and is no longer the strongest in the world since the Donald Trump administration began pursuing a hardline immigration policy.

People from poor, conflict-torn Somalia, Pakistan, Syria, Iraq and Afghanistan have the weakest passports, with visa free access to just 29-38 countries and territories.

As more Vietnamese join the middle class, they are increasingly looking outward for travel destinations.

A World Bank report in 2017 said the country is seeing an increasing number of people, estimated at 1.5 million each year, join the ranks of the middle and upper classes.

“As Vietnam’s economy grows, and an increasing number of citizens join the ranks of the global middle and upper classes, more people are going to take an interest in traveling the world,” said Sean Preston, Visa’s country manager for Vietnam, Cambodia and Laos.

According to Mastercard, Vietnam has the second fastest growing outbound market in the Asia Pacific region after Myanmar, with projected annual growth of 9.5 percent between 2016 and 2021