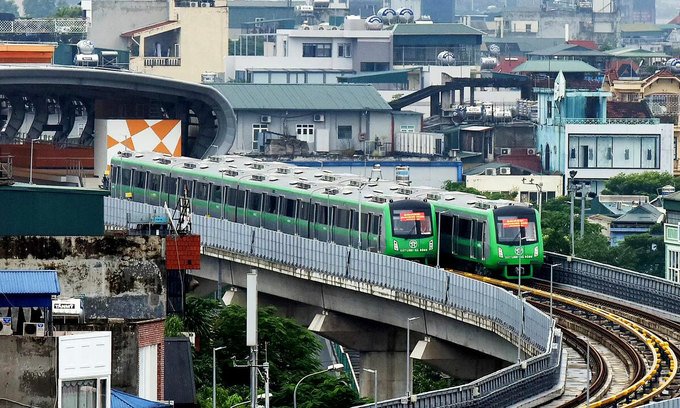 The Cat Linh – Ha Dong railway project in Hanoi. It is one of ODA-funded transportation projects. Photo by VnExpress/Giang Huy.

The report, released Wednesday by the National Assembly’s Finance Committee, says ODA disbursement in the first five months of the year was just VND2 trillion ($85.9 million), while the annual target is VND28 trillion ($1.2 billion).

According to the report, the delay was caused by a lack of consistent policies among different government bodies and an unclear management mechanism.

The lethargic disbursement has delayed major projects and resulted in ballooning costs, the report said.

Eric Sidgwick, country director for the Asian Development Bank (ADB), had said at a forum in June that Vietnam’s average disbursement rate was much lower than other recipients of ADB funding.

Red tape was one of the main causes for this situation, he said. Even minor changes in projects, like increases in scale, 6-month loan extensions, cost structure changes, or the use of contingency funds had to get investment policy approval, and in the meantime, project activities and payments were suspended, he noted.

Last year, the country only met 53.65 percent of its disbursement target, the Finance Committee report said.