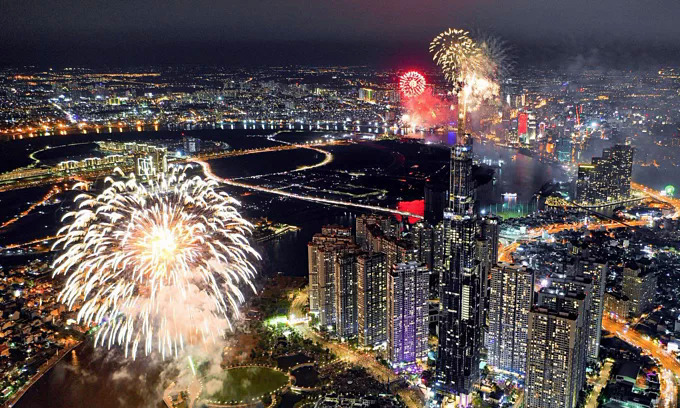 They will be at the Thu Thiem Tunnel between Districts 1 and 2; the 81-storeyed Landmark 81, Vietnam’s highest building; and Dam Sen Park in District 11.

Several major streets will be closed to vehicles at that time.

Fireworks, which are otherwise banned in the country, are a tradition during major national celebrations like Lunar New Year, Reunification Day on April 30 and National Day on September 2.

September 2, 1945, was when Ho Chi Minh, the founder of the Communist Party, marked the declaration of the country’s independence from the French.

Saigon received more than 4.2 million foreign tourists in the first half of this year, 10 percent up from a year ago, underlining its reputation as an increasingly popular global destination.

HCMC and Hanoi were among the world’s 100 most visited travel destinations in 2018, a recent report by Euromonitor International said.

Singapore-based travel site Kayak earlier this year said that HCMC would be a top 10 destination for international visitors in 2019. The U.K.’s Rough Guides last year released a list of eight best nighttime destinations in Southeast Asia, and named HCMC as the place to visit to enjoy nightlife.