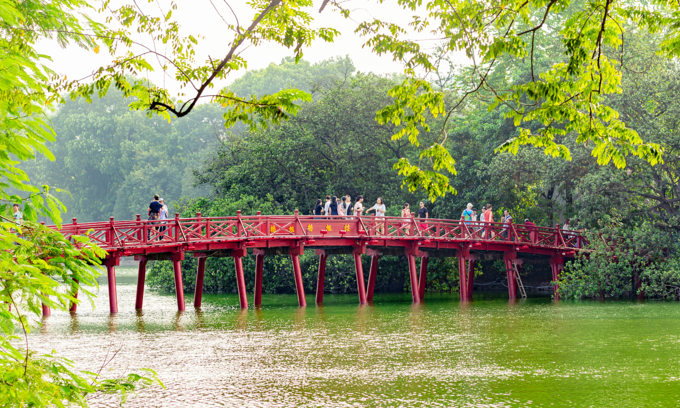 CNN will air 15 short films on Hanoi’s attractions this year under a $4 million tourism promotion deal it signed with the city last May.

They include five episodes each of ‘The Keepers’ and ‘Iconic Hanoi’, three episodes of ‘60-second Vacation’ and one each of ‘Five reasons to love Vietnam’ and ‘Vietnam – Sporting Moments,’ the city’s Department of Tourism announced late last week.

The 60-second vignettes will feature Vietnamese artisans and craftsmen struggling to preserve traditional crafts passed down over generations in a rapidly modernizing world and showcase the unique cultural and historical charms of the capital.

They will also highlight Hanoi as a promising sports destination, with Vietnam’s first Formula 1 race to be held there in April 2020 and the Southeast Asian Games in 2021. The FIA Formula One World Championship has been one of the most popular forms of racing around the world since it began in 1950.

The series will be aired in the Asia-Pacific, Europe, the Middle East, North America, and South Asia from now until October 26.

In 2016 the city government inked a $2 million deal with the U.S. cable channel to run commercials featuring some of the “wonders” of Hanoi for the 2017-2018 period.

In a survey by U.K. research firm BDRC Continental, 92 percent of interviewed viewers said the ads on CNN had sparked an interest in them to travel to Hanoi, which seemed to have a lot to discover in terms of food, shopping, culture, and historical relics.

Last year was a successful one for the capital’s tourism sector with a record 5.74 million foreign visitors coming, up 16 percent from 2017.

A survey by its Department of Tourism found they spent $92-114 a day on average.

In the first seven months of this year Hanoi received a record 16.75 million visitors, up 9.2 percent year-on-year, including 3.7 million foreigners, an 8.9 percent increase.

The robust growth helped expand tourism revenues in the period by 28.8 percent to VND57.7 trillion ($2.4 billion), the highest in four years, according to the department.

Hanoi’s profile also shot up after being chosen as the venue for the historic second summit between U.S. President Donald Trump and North Korean leader Kim Jong-un last February.