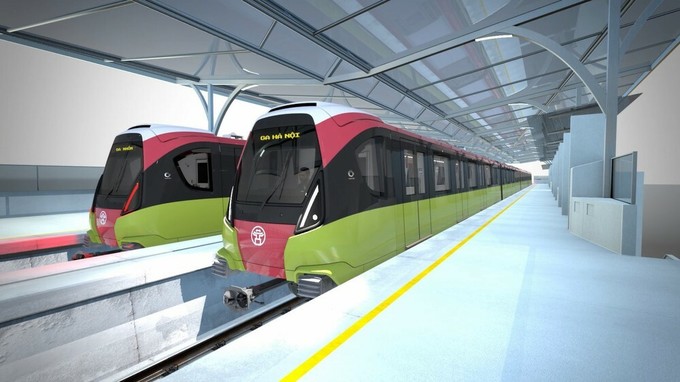 The new section, connecting the downtown Hanoi Railway Station with southern Hoang Mai District, is estimated to cost $1.75 billion. The remaining $271.3 million will come from the city’s budget, the Hanoi People’s Committee said in a document.

The Asian Development Bank (ADB) has committed to lend $450 million for the project, construction of which is scheduled to start in 2021. Other lenders that have expressed interest in the project are the German state-owned development bank KfW, the French Development Agency (AFD) and the World Bank.

The Hanoi Railway Station-Hoang Mai section is one of three sections of the 26-kilometer Metro Line 3. The other parts are the long-delayed Nhon-Hanoi Railway Station route, which is under constructed, and the Troi-Nhon section, where work is yet to begin.

The Hanoi Railway Station-Hoang Mai section will run 8.7 kilometers from Le Duan Street to the Phap Van viaduct in Hoang Mai District. Most of the route will run underground.

An area of 11.34 hectares will need to be cleared, and construction is set to be completed in 2025.

Hanoi plans to have nine metro lines by 2030 with vision until 2050. Only two have started construction so far and none started operations.

The first metro line Cat Linh-Ha Dong runs from Cat Linh Station in downtown Dong Da District to the Yen Nghia Station in the south-west Ha Dong District. It is now 99 percent completed. This project missed its deadline in April due to the inexperience of the Chinese contractor, according to the Ministry of Transport.

The Ministry of Transport had said earlier that five metro projects in Vietnam have seen their costs balloon by VND81 trillion ($3.5 billion) following long delays.