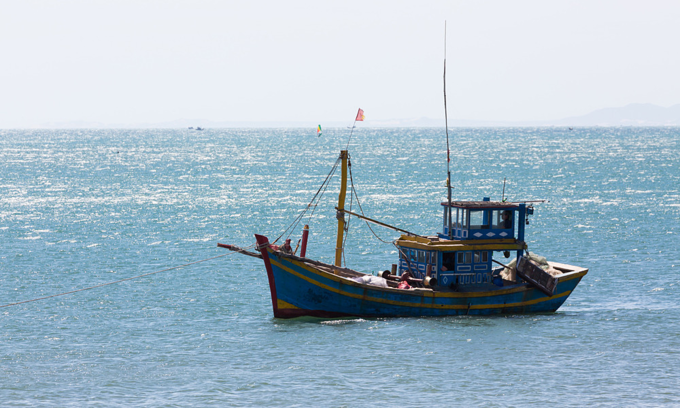 A Vietnamese fishing vessel was rammed and sunk by a Singaporean vessel last Saturday, but its crew were later rescued.

The sinking was confirmed by the Ca Mau Border Guards Command on Tuesday. It said that the Vietnamese ship, CM 99596 TS, was hit by the OCEANUNICORN about 70 nautical miles southwest of Khoai Island, 14 kilometers (nine miles) south of Ca Mau. After the collision, the Singaporean vessel fled towards Thai waters.

Seven fishermen from the sunk vessel were later rescued by a Vietnamese vessel nearby.

The Ca Mau Foreign Affairs Department informed Vietnam’s Ministry of Foreign Affairs of the incident on Wednesday, requesting that the Singaporeal vessel be asked to take responsibility for its actions and that relevant agencies be contacted to resolve the issue.

At the 34th ASEAN Summit in Bangkok, Thailand on Sunday, Vietnam’s Prime Minister Nguyen Xuan Phuc said ASEAN needs to pay attention to the intimidation of fishermen at sea.

In March, a Chinese vessel sank a Vietnamese fishing boat from the central province of Quang Ngai while it was fishing in the Da Loi (Discovery) Reef off Vietnam’s Paracel Archipelago.