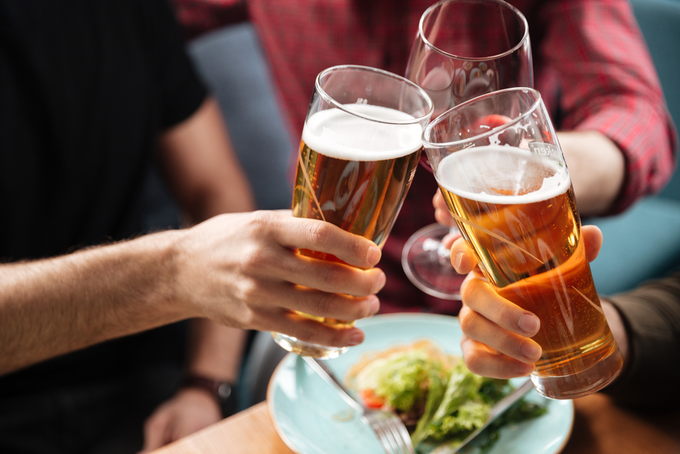 Any amount of alcohol within a person’s system means that person is not allowed to drive any vehicle, according to a newly-passed bill to prevent alcohol’s harmful effects. Photo by Shutterstock/Dean Drobot

Any amount of alcohol found in a person’s system will result in his/her driving license being revoked, under a new Vietnam law.

The bill on Preventing Alcohol’s Harmful Effects was passed by the National Assembly Friday with 408 out of 450 delegates voting in favor.

Last week, lawmakers were presented with two options for the bill: banning the sale of all alcoholic drinks from 10 p.m. to 8 a.m. every day; and banning those found with alcohol content in their blood or breath from driving on the streets. Both options failed to receive majority votes from the delegates.

The Standing Committee of the National Assembly, in a presentation before the voting Friday morning, stressed that the banning of people found with alcohol in their systems from driving was necessary, in light of the increasing number of traffic accidents involving drunk driving.

“As such, the Standing Committee sincerely requests the National Assembly to include the ban [in the bill],” said Nguyen Thuy Anh, head of the Committee on Social Issues.

The bill would go into effect starting 2020.

Alcohol, especially beer, is widely consumed in Vietnam. Data collected by the Ministry of Health shows Vietnamese citizens consumed 305 million liters of liquor and 4.1 billion liters of beer in 2017, making it the biggest alcohol consumer in Southeast Asia and third biggest in Asia after Japan and China.

Vietnamese men also consume the most alcohol in the world, drinking over five standard drinks a day, meaning 50 grams of alcohol, on average, according to the 2016 Global Burden of Disease Study.

The country spends on average $3.4 billion on alcohol each year, or 3 percent of the government’s budget revenue, according to official data. The figure translates to $300 per capita, while spending on health averages $113 per person, according to the Ministry of Health.

40 percent of traffic accidents in Vietnam are linked to excessive drinking, according to the WHO, which it said is an alarming rate for a country where road crashes kill a person every hour, on average.