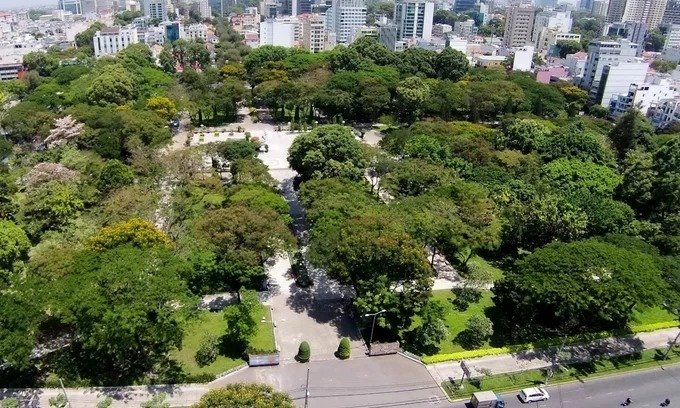 A long-delayed parking project in downtown Saigon has been cancelled, citing investor incompetency and contract violations.

The HCMC Department of Transport on Friday officially informed the project investor, the Underground Space Investment Development Corporation, the termination of the BOT contract for the project in Le Van Tam Park, District 1.

The decision was taken because the investor violated the contract’s terms and showed a lack of competency to carry out the project, the department said on the Ministry of Transport’s news portal.

Last month, the Department of Transport said the project was paused because many important requirements were not finalized, including applying for construction permits and evaluating technical designs.

Saigon had planned four underground parking spaces in the downtown Districts 1 and 3, totally accommodating 6,300 cars and 4,000 motorbikes. None of these have been implemented.

Parking space in the downtown area of the 13-million strong HCMC now only meets around 7 percent of total demand, according to urban planning experts.