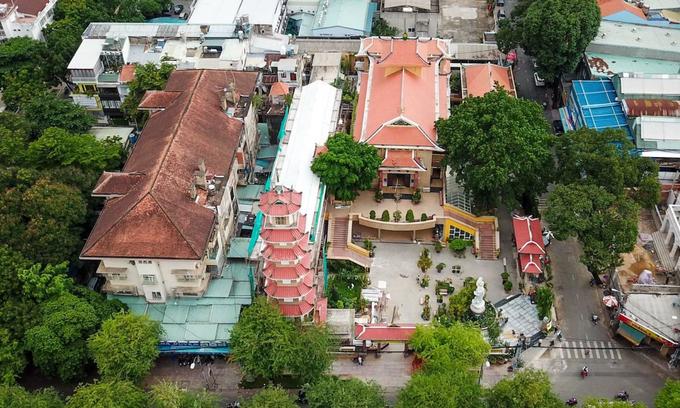 U.K.-based Time Out has listed District 3 in downtown HCMC as one of the neighborhoods ‘you have to visit right now.’

Time Out, a global media and entertainment business, asked more than 27,000 city-dwellers around the world about the best, most overrated and most undervalued neighborhoods in their hometown before coming up with their list of the best.

Listing District 3 18th among the top 50, Time Out describes it as “a buzzing but less well-trodden neighborhood where exciting new developments coexist with a sense of history. Here you’ll find colonial-era churches and villas alongside Buddhist pagodas and some of the city’s most renowned street food stalls.”

It singles out the Tan Dinh Church in Hai Ba Trung Street for special mention.

It is the second largest church in Saigon after the iconic Saigon Notre Dame Basilica, which has been closed for renovation for the next two years. This pink church is arguably one of the most Instagrammed places in the city thanks to its vivid colors and unique architectural features.

Visitors are also directed to one of the most favorite hangouts among Saigonese youth – a circular pond at the intersection of Pham Ngoc Thach and Vo Van Tan streets that locals always call the Turtle Lake.

A rendezvous for dating couples, the place is nevertheless crowded with street food vendors who set up makeshift stalls round the pond’s perimeter, selling fried corn, fried quail eggs or the famous rice paper salad.

The magazine also draws attention to District 3 hosting the vestiges of the “bona fide rock ‘n’ roll town” in cafes that host live rock, jazz and other music performances.

Other neighborhoods in Asia that are listed include Shimokitazawa in Japan, Phra Khanong in Thailand, Zhongshan in Taiwan, the Overseas Chinese town in China’s Shenzhen and Naeja-dong in South Korea.