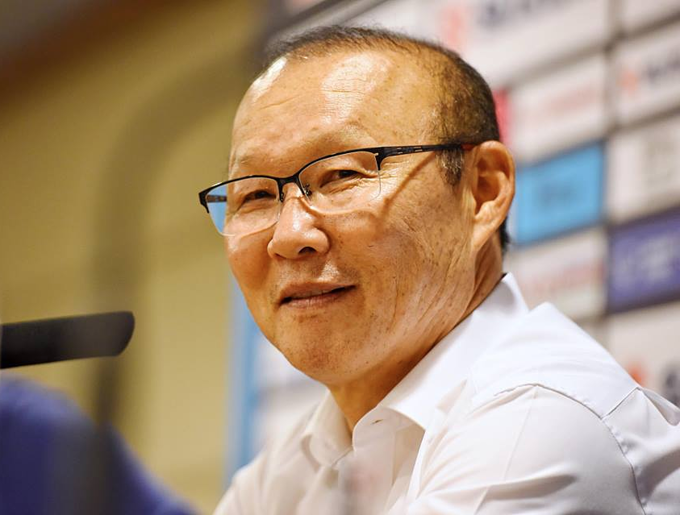 If Park Hang-seo agrees to renew the contract, he will coach Vietnam for at least two more years. Photo by VnExpress/Duc Dong.

The Vietnam Football Federation (VFF) is ready to increase his salary to secure a new deal with national coach Park Hang-seo.

“The priority of the VFF is to sign a two-year contract, unlike several proposals made to us that we should sign the deal every year,” a VFF representative told VnExpress on Friday.

“We want to seal a long deal with coach Park Hang-seo.”

The VFF wants to renew the contract as soon as possible so that Park can focus on preparing for the 2019 SEA Games and 2022 World Cup qualifiers at the end of this year.

Next week his agent, Lee Dong-jun, will come to Hanoi to negotiate the new contract.

If Park agrees to renew it, the VFF will also extend the agreements with his South Korean assistants Lee Young-jin, Kim Han-yoon and Park Sung-gyun.

But it said the only issue that needs to be sorted out is the new salary. He currently gets $20,000 a month and his agent has demanded a five-time raise.

The VFF said though its finances are strong the new salary must be reasonable. If it agrees to pay Park $100,000 a month, it will cost the association $2 million including salary, tax, bonuses, house, and car. It will probably have to pay a similar amount to his assistants.

Park’s contract expires on January 31, 2020. During his tenure, Vietnam were runners-up at the AFC U23 Championship in January 2018, finished fourth in the Asian Games last August, won the 2018 AFF Cup, and entered the last eight of the 2019 Asian Cup.