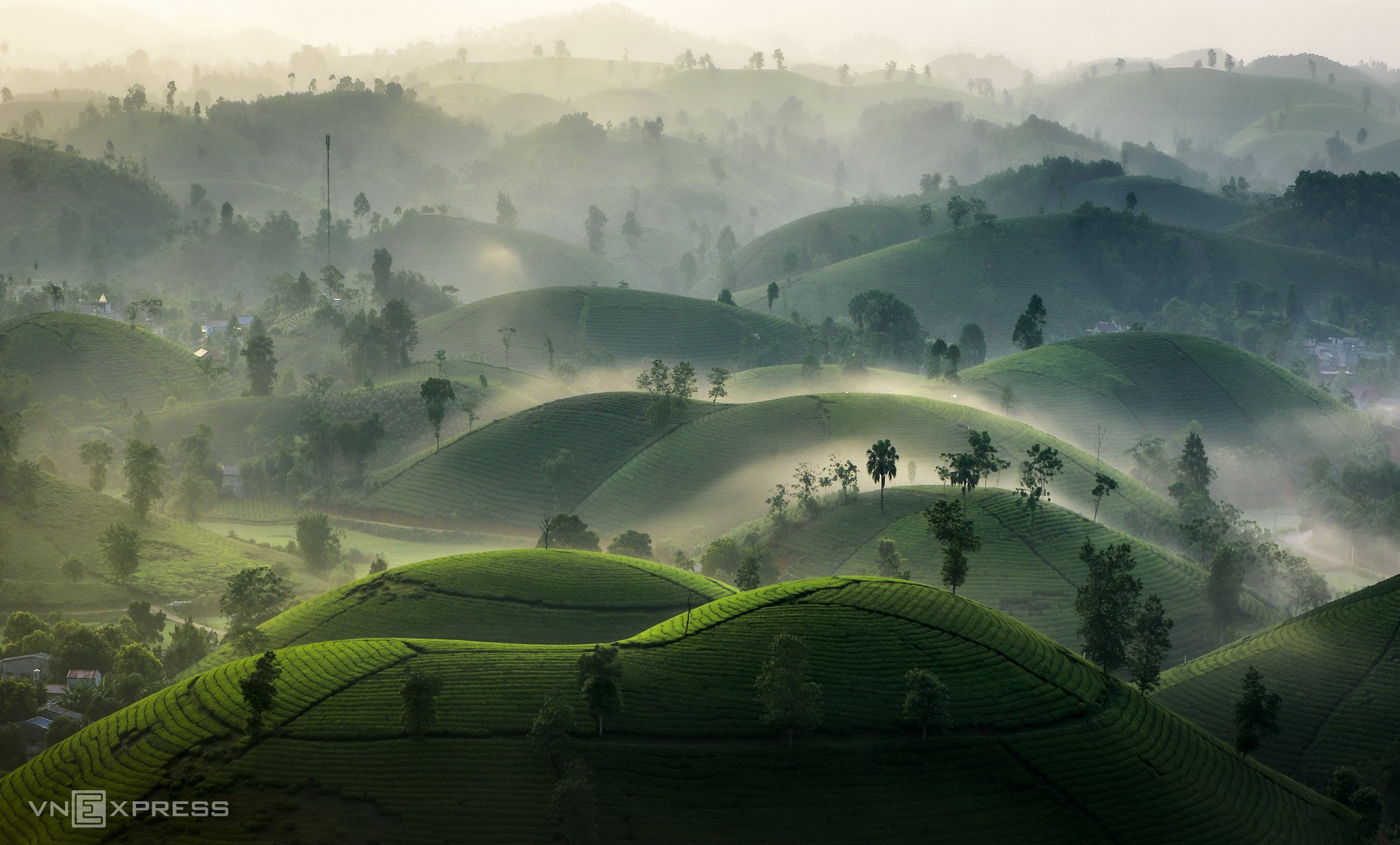 Long Coc in Phu Tho Province, 112 kilometers from Hanoi, comprises numerous hills covered in tea plantations. They look like upturned bowls placed next to each other. 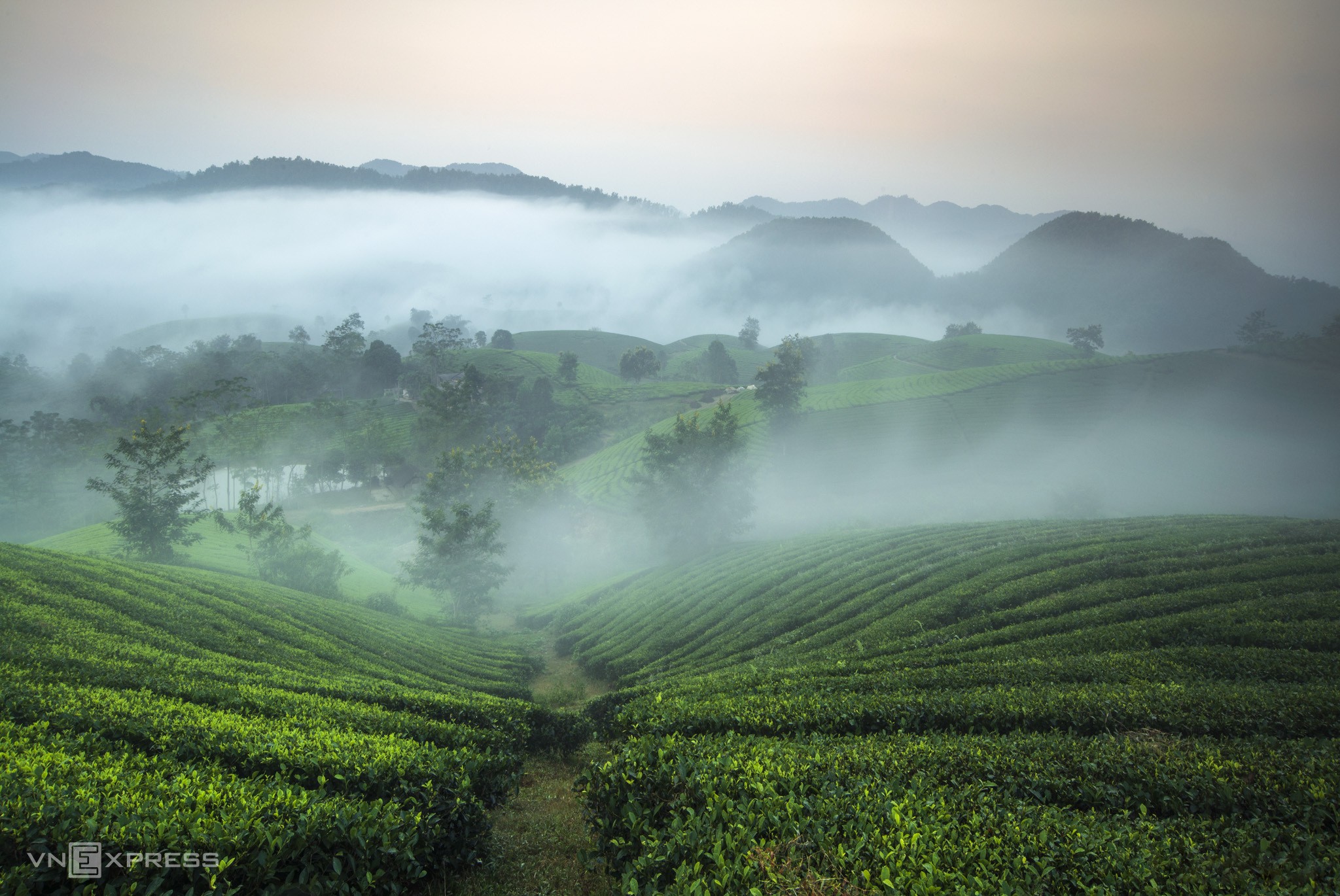 Pham Hoang Cuong, a Hanoi photographer, drove more than two hours from the capital to Tan Son District, around 70 kilometers from Viet Tri Town, the capital of Phu Tho, and had to wake up early in the morning to hunt for the best sights to photograph. 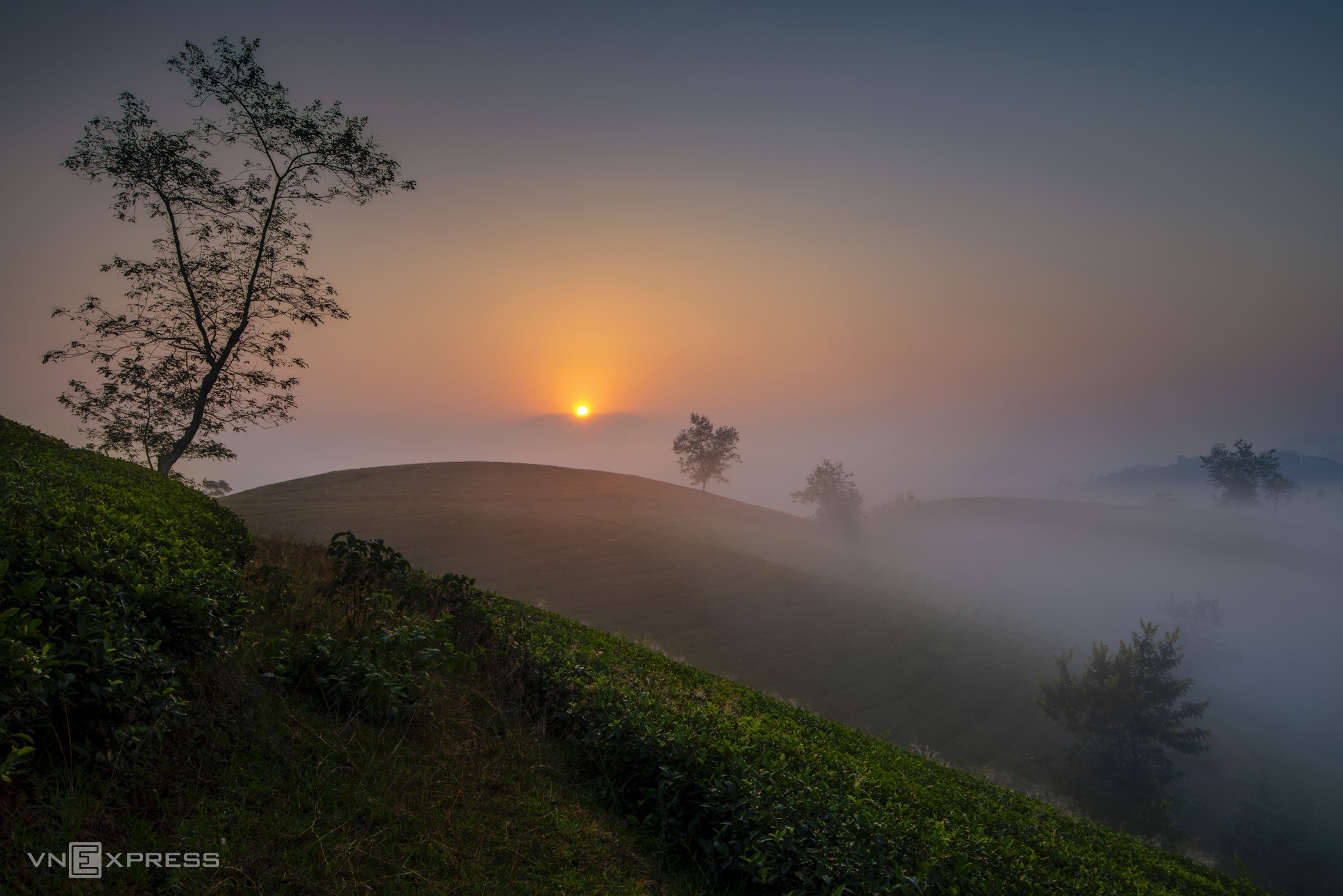 The most beautiful photos of the hills are taken before the sun rises and the mist rolls gently in.

“During this time there are patches of fog moving slowly around the hills with the clouds lying close to the top of the hills and mysteriously covering parts of the area,” Cuong said. 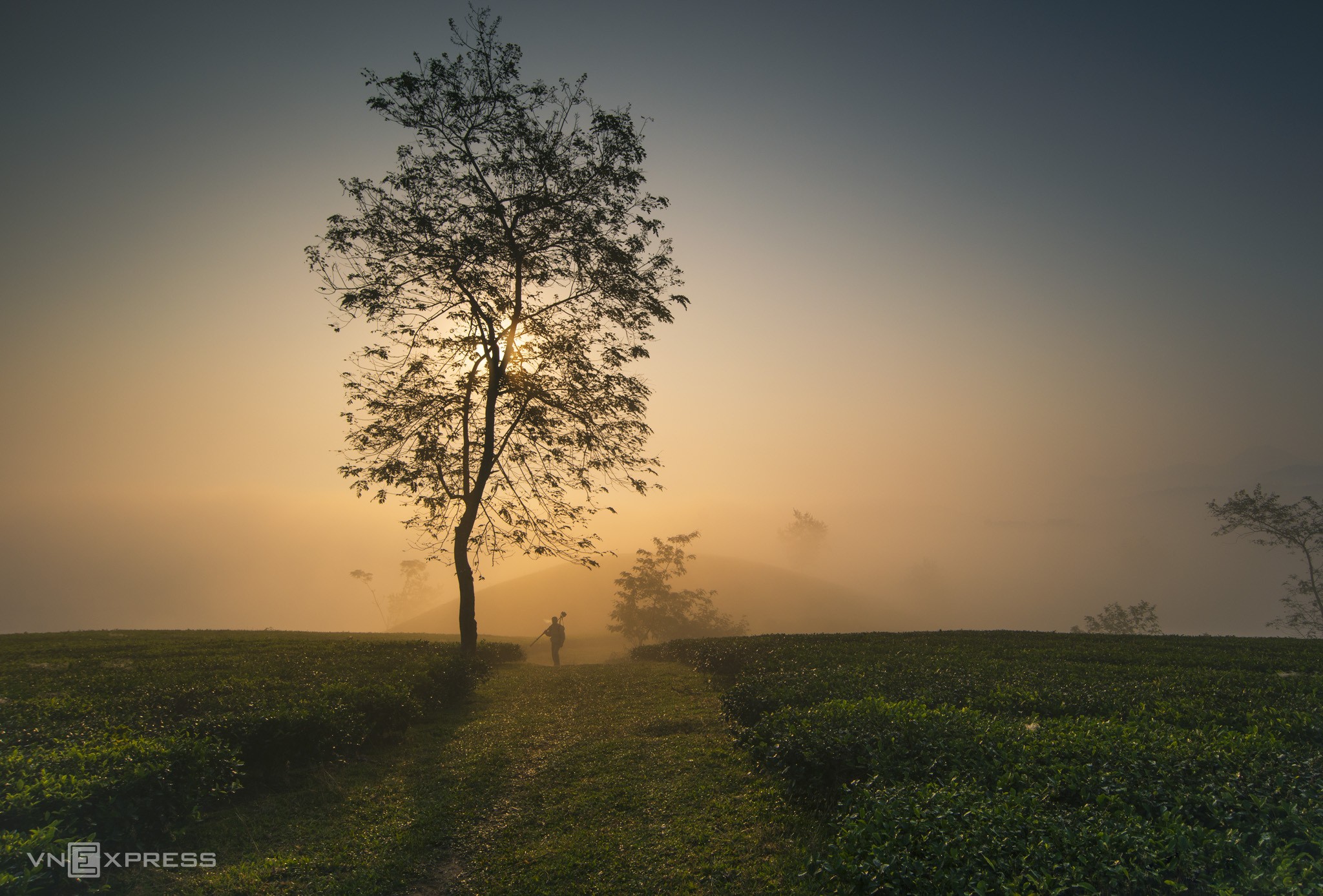 During weekends many youngsters choose Long Coc to take romantic photos with partners and pre-wedding photos.

Long Coc is also an ideal place to chill, away from the bustle of the city and amid the tranquility of the hills. 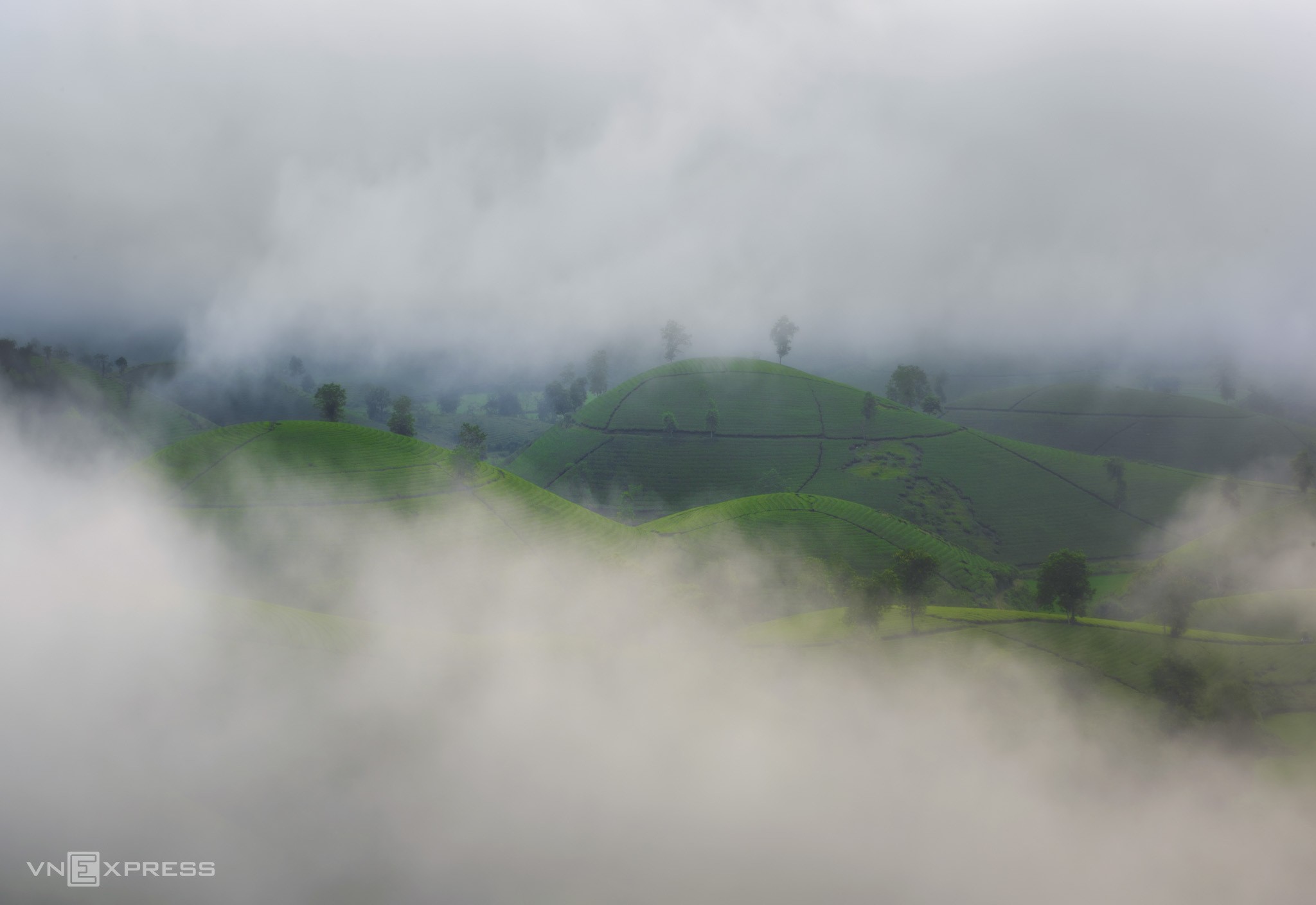 The tea hills are scenic, particularly in the morning, when they are shrouded in fog. The fog lingers around the top during the transition from autumn to winter. 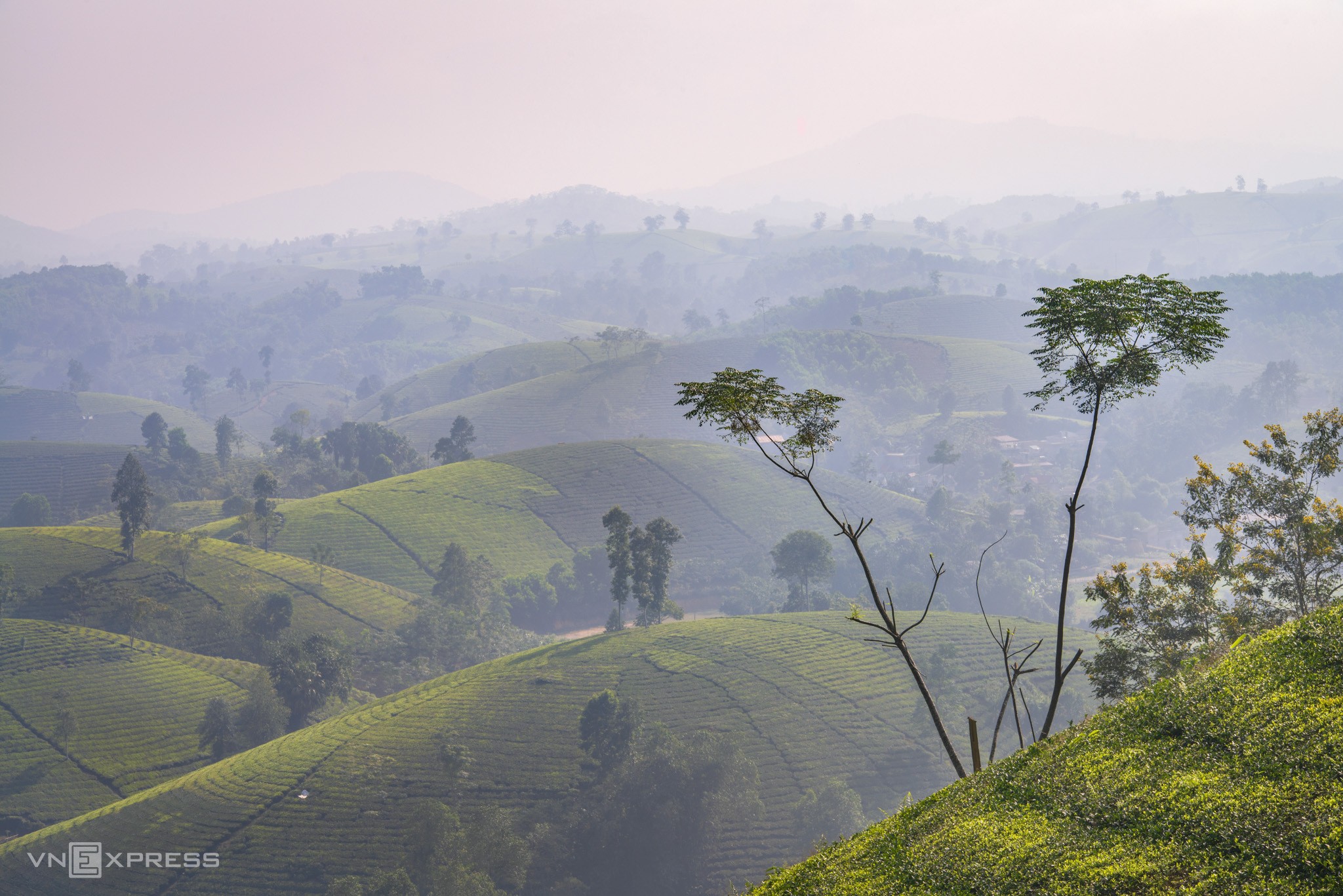 Exploring the Long Coc tea hills and Xuan Son National Park in Phu Tho, visitors can get to know about the life and culture of the Muong ethnic minority people through a homestay service. 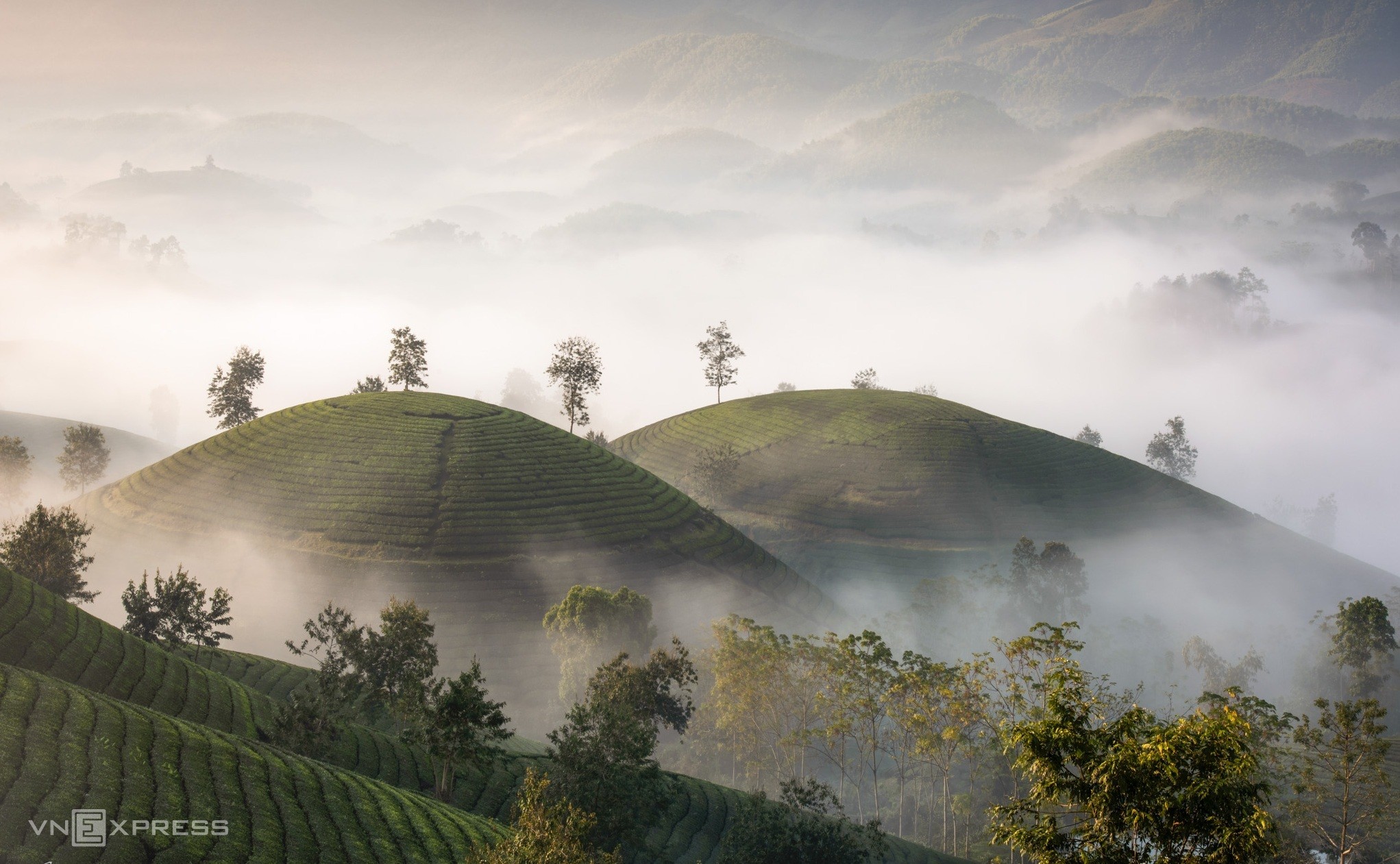 The mountains in Phu Tho are home to Muong ethnic minority group, whose culture and customs attract the interest of many tourists.

The homestay service includes a special activity, where both visitors and Muong natives introduce their culture through various performances by a camping fire at night. 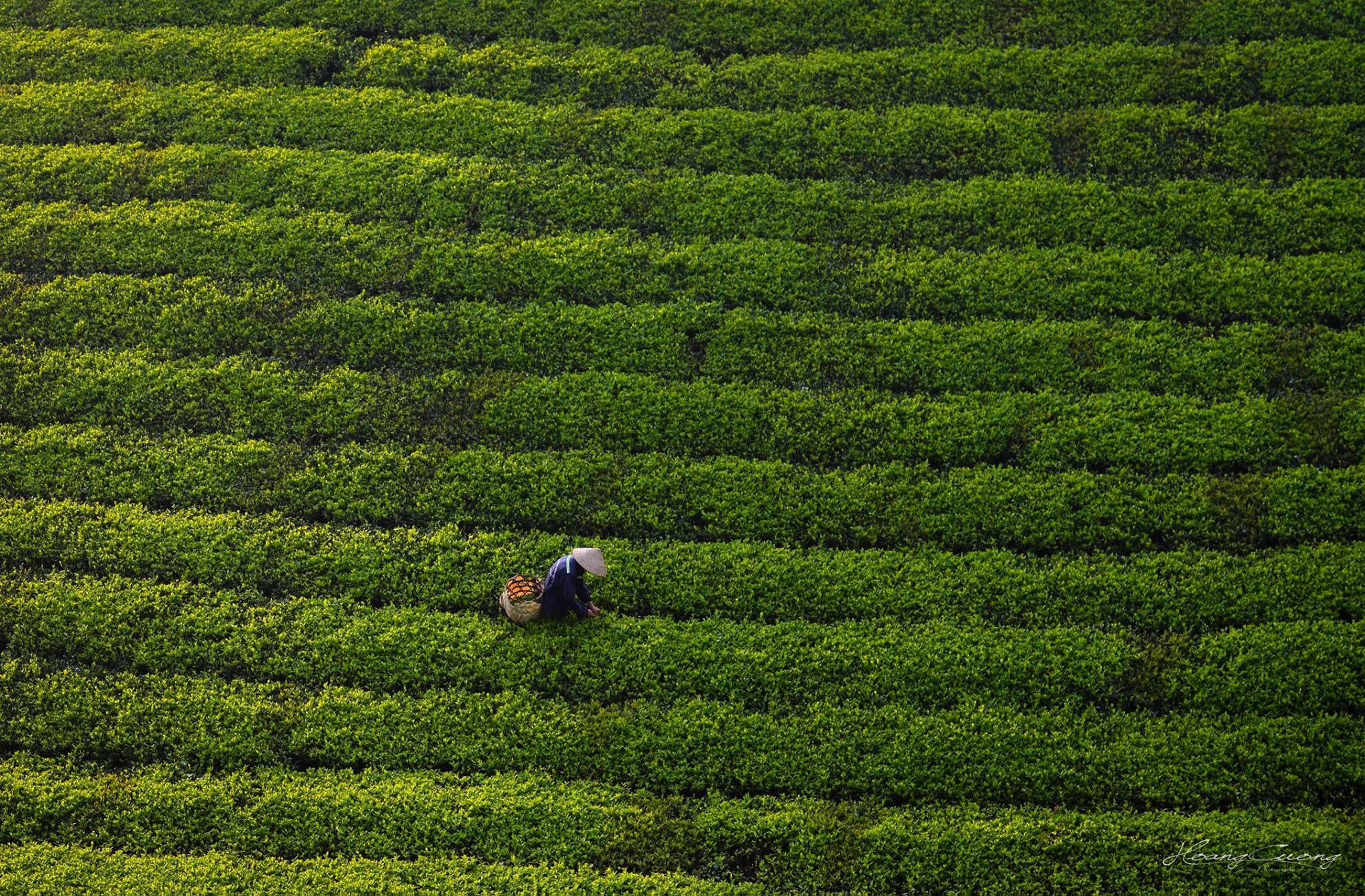 Tea farming is an important occupation in Phu Tho and the main source of income for many locals. A typical tea plantation in the hills of Long Coc measures around a hectare.

At Long Coc, farmers can be spotted strolling between the tea bushes with a basket on their backs and a non la, the Vietnamese conical hat, on their head to shelter them from the sun. 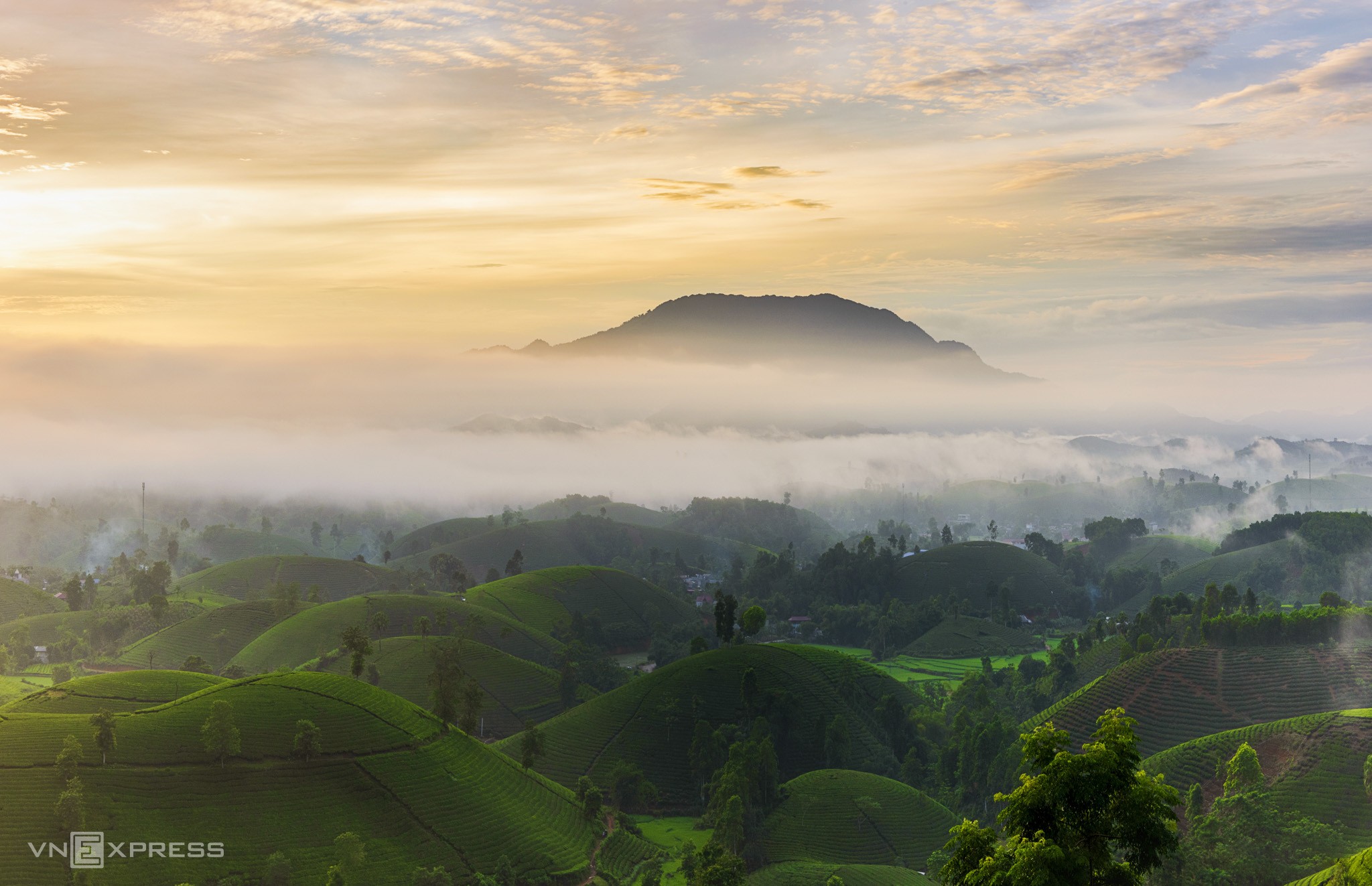 The tea ‘islands’ are compared with the islets in Ha Long Bay, which is a UNESCO world heritage site in Quang Ninh Province, northern Vietnam, where limestone islets and pillars jut out of a bay.