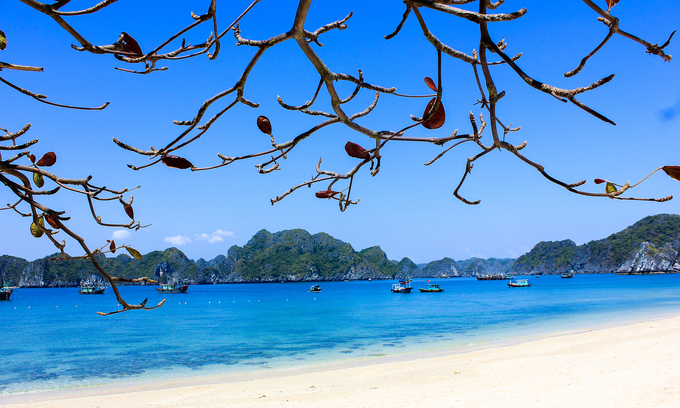 The daily service is expected to help shorten travel time between the two cities to just an hour and half from the current 15 hours it takes by road, there being no flight connections to date.

Hai Phong, 120 km east of Hanoi, hosts one of the most important ports in the country. It also boasts the popular Do Son Beach and Cat Ba Island, the largest in the Cat Ba Archipelago. The Cat Ba National Park on the island was recognized as a UNESCO Biosphere Reserve in 2003, and is home to a number of historical sites.

Kunming, capital of Yunnan Province, is known as ‘the City of Eternal Spring’ for its pleasant climate and flowers that bloom all year long. It has long been known as one of China’s most livable cities.

Le Khac Nam, vice chairman of Hai Phong City, said the direct air route would contribute to boosting trade links and cooperation between Vietnam and China and bring in more Chinese tourists to the country.

China has been Vietnam’s biggest source of tourists in recent years, making up a third of all foreign visitors. Vietnam welcomed 3.97 million Chinese tourist arrivals in the first nine months of this year, up 4.4 percent from a year ago.

A recent Bloomberg report said Chinese tourists could have a significant impact on Vietnam’s economy, claiming a 30 percent increase in spending by Chinese tourists would boost its growth by nearly 1 percentage point.

“Chinese tourism is pretty big for ASEAN now, and all the countries rely on Chinese visitors to keep coming and keep spending,” Edward Lee, an economist at Standard Chartered Bank Singapore, was quoted as saying in the report.

As of last month, Ruili Airlines operated 108 flights daily on 61 domestic routes and 10 international routes to 39 cities in China, Cambodia, Thailand, Myanmar and Vietnam using its fleet of seven B737-700 and 12 B737-800 jets.