The scenic spots of different north-central Vietnamese provinces will be introduced to the world via two separate programs powered by Google Arts & Culture and YouTube, under a partnership agreement between local tourism administrators and the tech giant.

The tourism department of the north-central province of Quang Binh announced on Tuesday that it will work with Google Asia Pacific to promote travel destinations in the province and its neighbors, including Thua Thien – Hue Province, Da Nang City and Quang Nam Province.

An exhibition of more than 1,000 photos featuring the picturesque and spectacular attractions in those Vietnamese localities will be hosted on Google Arts & Culture at www.artsandculture.google.com from the third quarter of this year.

Launched on February 1, 2011 by Google in cooperation with 17 international museums, Google Arts & Culture allows the public to access high-resolution images of artworks housed in the initiative’s partner museums. The platform also allows visitors to take ‘virtual tours’ to explore places and natural wonders across the world.

The Vietnam-themed photos and videos to be showcased on Google Arts & Culture were collected in the four localities from June 6 to 24. Besides the beautiful landscapes, the outstanding cultural works will also be featured in this online exhibition. 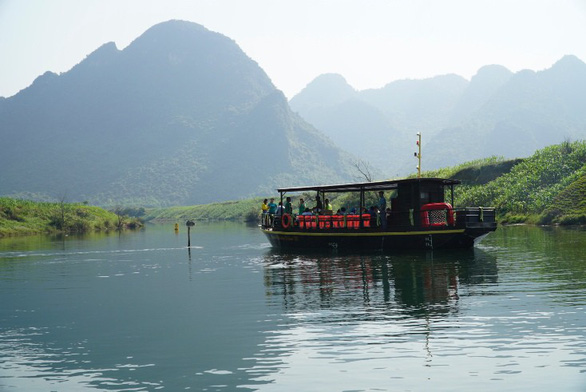 In the meantime, the second program, ‘Google Adventure Vietnam,’ is a series of videos produced to expose Vietnam’s tourism potential to the world.

Filming for the program is underway in Quang Binh, Quang Nam and Da Nang from June 24 to 28, with famous international and domestic YouTube content creators invited to discover local cultures, cuisines and people and document their experiences in videos to be shown on the video-sharing site.

The foreign YouTube content creators, referred to in the program as ‘online tourism ambassadors,’ come from Germany, Taiwan, South Korea, and the Philippines.

Ho An Phong, director of the Quang Binh tourism department, said the cooperation with the U.S. tech titan is an honor for his agency, given the huge audience base of both Google Arts & Culture and YouTube.

Google Arts & Culture attracts nearly 370 million views from over 66 million users worldwide, while YouTube has over 1.9 billion monthly users, with 57 percent of travelers across the globe watching its videos for important information.

According to Phong, the department will continue working with Google in the future to promote tourism in international markets via its search engine and other services, while developing a digital marketing system for the sector.