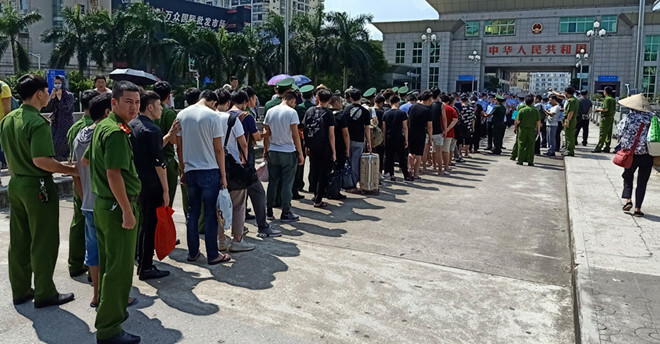 Their operations were discovered when authorities checked a hotel in Tran Phu District, Mong Cai at the China-Vietnam border on Sunday, local media reported.

516 mobile phones, 21 computers and a card-scanning device for online transactions were seized by authorities.

The Chinese said they used the devices to attract other Chinese to their fake stock exchange floor in order to steal their properties.

They chose to operate in Mong Cai to avoid detection by Chinese authorities.

Vietnamese police said they handed over the 28 suspects and related exhibits to Chinese police for continuing the investigation into the crime.