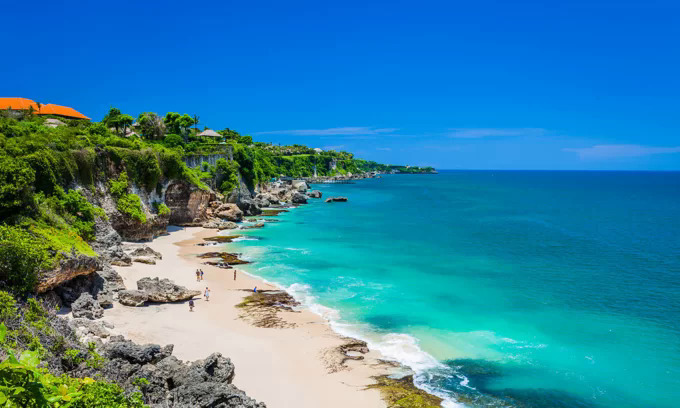 The resort island of Bali in Indonesia. Photo by Shutterstock/Cocos Bounty.

Catering to growing travel demand of holiday-goers to Southeast Asia’s beach holiday destinations, the national flag carrier will eventually operate the HCMC-Bali route with seven flights a week. Each flight will take around four hours.

However, during the initial phase from October 27 to late March next year, the airline will have five flights a week due to operational restrictions at Bali’s Denpasar Airport, the carrier said in a release Wednesday.

The new service will be the airline’s second route to Indonesia after the Ho Chi Minh City-Jakarta route, which has been operational since 2012.

The HCMC-Phuket route, the airline’s third route to Thailand, will operate with the frequency of three flights a week, taking around two hours each way.

Le Hong Ha, deputy director of Vietnam Airlines, said the new routes would create more opportunities for travelers from Europe, Japan, South Korea and many other parts of the world to easily access famous beaches in Bali and Phuket.

Dubbed the Island of Gods and a paradise on earth with beautiful beaches, Hindu culture and vibrant nightlife, Bali has consistently been a top holiday choice for holiday-goers in Southeast Asian countries, including Vietnam.

Phuket is also one of Southeast Asia’s most prominent beach resort destinations.

Citizens of ASEAN member nations can travel within the region without applying for visas and stay as a tourist for a maximum of 30 days.

According to Mastercard, Vietnam has the second fastest growing outbound market in the Asia Pacific region after Myanmar, with projected annual growth of 9.5 percent between 2016 and 2021.

Mastercard has forecast that 7.5 million Vietnamese travelers will travel outside the country in 2021.