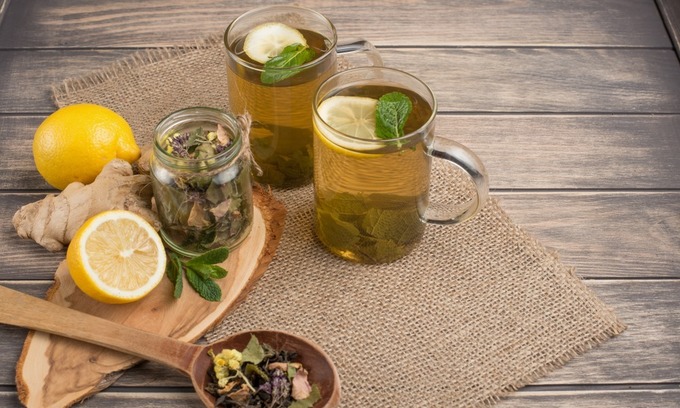 Lemon tea franchises have sprung up on major Hanoi streets. Photo by Shutterstock/Anton27.

With the bubble tea market maturing and slowing down, vendors are turning to lemon tea for its high profit margins and low investment.

In the last few weeks dozens of lemon tea franchises have sprung up on major Hanoi streets such as Ta Quang Buu, Nguyen Van Huyen, Van Cao, and O Cho Dua, some even right next to each other.

On a 500 meter strip in Cau Giay District there are two shops with a third being set up, each being hundreds of meters in size. Three tea shops can be found on Ta Quang Buu Street alone.

Many shop owners say they have opted to sell lemon tea because of its attractive profit margins of 25-30 percent, low investment and its popularity due to affordable prices.

Some franchisors do not collect licensing fees, but instead opt for 5-8 percent of total revenues or the franchisees to use materials or equipment from them, they said.

Nguyen Huyen Dieu, owner of a lemon tea shop on Xa Dan Street in central Hanoi, said on crowded days her shop gets a turnover of VND15 million ($650).

“On average, with an initial investment of VND450 million ($19,446), a lemon tea shop could break even in two or three months.”

Nguyen Thi Ngan, the owner of another shop in downtown Hanoi, said the peak sales time is from Thursday to Sunday, when daily turnover could be VND8-12 million ($346-519).

Lemon tea shops target school and university students and low-income earners, and so their prices range from VND10,000 to VND50,000 ($0.43- 2.16). They also sell other drinks such as milk tea, coffee, yoghurt, and fried foods and snacks, said shop owners.

Nguyen Mai, CEO of Baobab Trading Service JSC, a restaurant and cafe franchisor, said next few months would see which shops sustain revenues by diversifying their menus, renovating sitting spaces and keeping the quality of drinks and services high, but even that might not be enough because customers tend to continuously crave experiences.

Bubble tea came to Vietnam in 2009, but Vietnamese began going gaga over the product in 2017. There are now around 30 major brands and over 1,500 outlets competing for a slice of the $282-million market, which is slowing down.

The market was growing 20 percent in 2017, according to British research firm Euromonitor International, but the latest report from market research firm Q&Me predicted the growth to reach only 10 percent this year.

But in the last few months several chains such as Ten Ren, which had 23 outlets at the end of 2018, have closed down. TP Tea, an affiliate of the Mon Hue restaurant chain, which closed down suddenly leaving suppliers in the lurch, was another casualty.