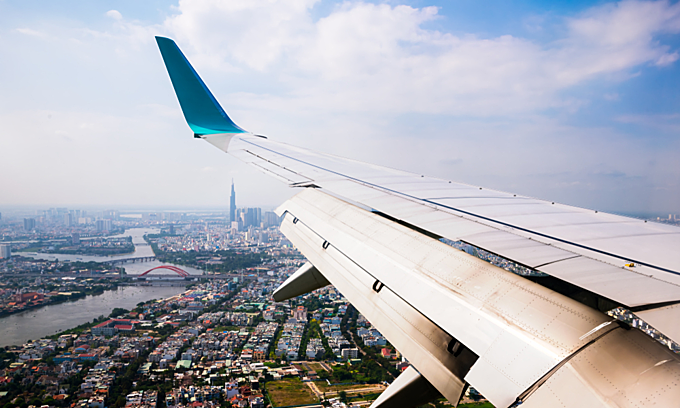 The Civil Aviation Authority of Vietnam (CAAV) has submitted this conclusion to the Ministry of Transport after an appraisal of the plan to establish Vietravel Airlines, deputy head of CAAV Vo Huy Cuong told VnExpress Thursday.

With Vietravel Airlines, the tour operator plans to provide charter flights for its own customers travelling to tourist destinations. The airline will operate 3 aircraft by 2020 and 8 by 2024, according to Vietravel’s proposal.

According to CAAV, the planned growth of Vietravel Airlines’ fleet is in line with demand from Vietnam’s other aircraft operators as well as overall national aviation plans.

Vietravel Airlines’ model to operate a charter fleet serving its own customers should be encouraged, as no other enterprise in Vietnam has this model, CAAV said in its report. Currently, around 30 travel companies in the world, including TNT Vacations (U.S.) and Nord Wind (Russia), operate their own aircraft, the report noted.

However, CAAV also warned that there are potential difficulties in Vietravel choosing secondary airports in Vietnam for its network, because tourists often come from central locations such as Ho Chi Minh City, Hanoi and Da Nang.

In the event its planned charter flights end up being inefficient, Vietravel Airlines will likely be forced to operate and park overnight at major airports such as Noi Bai (Hanoi), Tan Son Nhat (HCMC) and Da Nang airports, putting further strain on an already overloaded infrastructure.

Vietravel needs to develop flexible flight plans if it wants to operate at these main airports, as the company will have difficulty booking slots as a new market entrant into the market, the CAAV report cautioned.

However, it also said that Vietravel’s proposal to headquarter its airline in Phu Bai Airport, central Hue Town, is in line with national infrastructure development plans, which envisages an upgrade to the airport between 2020 and 2030, with additional landing slots and parking space.

Vietravel already organizes charter flights with partners. In the last two years it has been operating around 300 flights a year, both domestic and international.

Last year, the aviation industry served some 50 million passengers, up 10.1 percent from 2017.