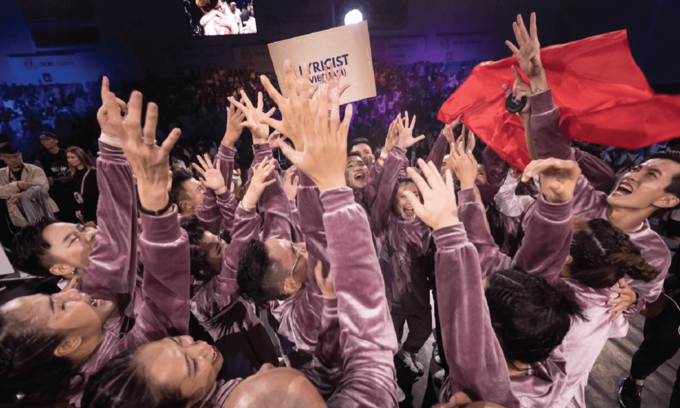 Vietnamese troupe Lyricist has won the Super 24 dance competition in Singapore for the first time ever.

In the final on Wednesday, Lyricist scored 19/20 with its performance titled “Be Yourself“. The troupe took on and beat 14 teams to win the title.

Super 24, which premiered in 2012 and is an annual competition organized by the Singapore government and performing arts centre O School, has quickly become one of the most anticipated dance events in Southeast Asia.

Having increased its audience to more than 37,000 now, this year’s edition saw 73 teams battle it out for the championship title.

Each participating team must have 24 members aged under 35 and from the same country.

There are three main categories – Secondary, Tertiary and Open – and teams have to perform a choreographed piece in exactly 90 seconds on an eight square meter stage with a judge on each side.

Each team is scored on teamwork, choreography, musicality, and technique.

Check out Lyricist’s performance in the final: