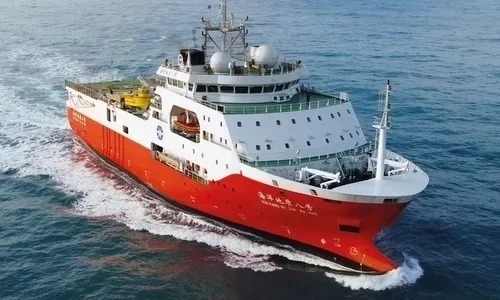 Vietnam has clear sovereignty and jurisdiction over the waters in accordance with the United Nations Convention on the Law of the Sea (UNCLOS), Hang said in a statement.

She said Vietnam has conveyed to China its opposition to such serious violations being repeated. The nation “requests that China withdraw all the aforementioned vessels from Vietnamese waters, while respecting its sovereignty, jurisdiction and other legal, legitimate rights and interests in accordance with the UNCLOS and international law,” Hang noted.

She said Vietnamese authorities continue to take actions to assert the nation’s sovereignty and jurisdiction rights in accordance with local and international law.

Vietnam highly values peace, security and respect for the law in the East Sea, internationally known as the South China Sea, and desires to amicably resolve disputes through peaceful methods, she said.

“Vietnam also respects and wishes to boost friendly relations with China for mutual benefit and for the sake of peace, stability and security, both regionally and globally.”

Hang emphasized that Vietnam will resolutely protect its legal and legitimate rights and interests.

“Vietnam calls for relevant countries and the international community to positively contribute to the maintenance of peace, stability and cooperation in the East Sea, the region and the globe.”

Concerns over South China Sea issues had cast a shadow over the 52nd ASEAN Foreign Ministers’ Meeting held in Bangkok, Thailand, between July 29 and August 3.