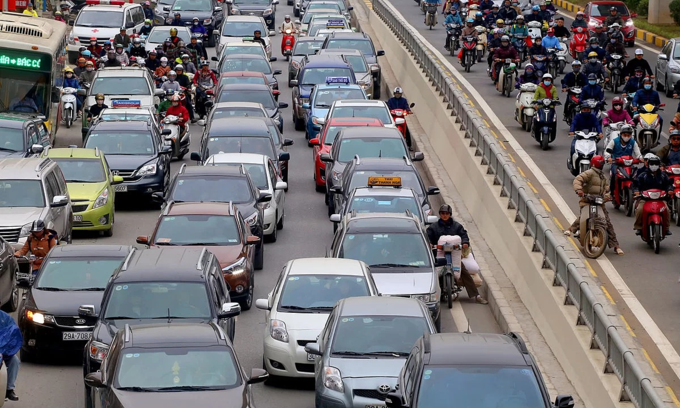 Vietnam’s annual car sales could more than triple in the next five years to reach a million in 2025.

The Ministry of Industry and Trade said this in a recent document, adding that passenger car sales in the last five years have grown 30-40 percent a year.

There is a rising demand among people to switch from motorbikes to cars as the country’s GDP per capita increases, it said. GDP per capita rose 8.3 percent from 2017 to $2,587 last year.

However, the localization rate in the car industry remains low at 40-55 percent for trucks and buses and 7-10 percent for passenger cars, it said.

As most parts produced in the country are simple with low technology and value, the local car industry lacks supply of components and has to import large volumes of car parts every year, it added.

Among 1,800 car parts manufacturers in the country, only 300 are equipped to join the supply chain of multinationals, it said.

A weak-performing support industry has made Vietnam’s automobile production costs higher than those of imported ones from other ASEAN countries from 10-20 percent.

This is why Vietnam is seeking to support local manufacturers. The Ministry of Industry and Trade is considering removing the special consumption tax on car parts produced in the country, which would apply for 5-10 years, covering cars with 9 seats or under.

Vietnam last year issued a decree to limit car imports in a bid to promote local auto manufacturing. As a result, the number of imported cars fell 20 percent, while VinFast, a unit of conglomerate Vingroup, became the country’s first fully fledged automaker in October by introducing its first two car models.

Car consumption in Vietnam last year was 288,683 units, up 6 percent from 2017, of which 68 percent were passenger cars, according to the Vietnam Automobile Manufacturers Association (VAMA).