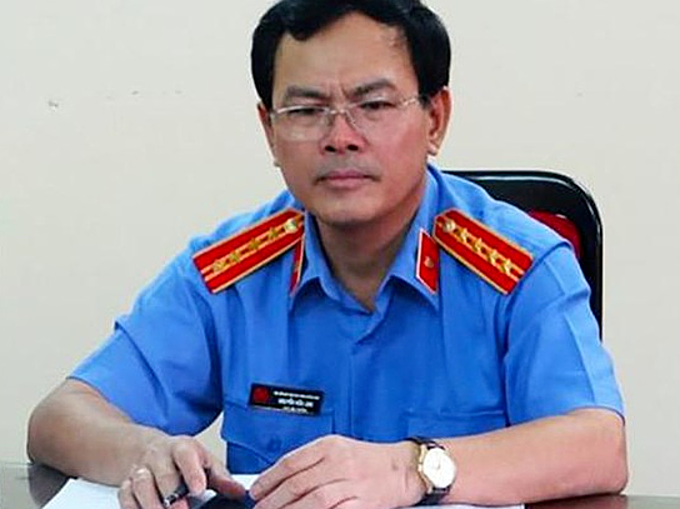 The Da Nang ex-prosecutor who allegedly molested a five-year-old girl in a Saigon apartment elevator will be tried in camera on June 25.

Last month prosecutors filed charges against Nguyen Huu Linh, 61, a retired deputy chief prosecutor in the central city and currently a lawyer, for “molesting a person under 16,” which carries a prison sentence of six months to three years.

Linh, who lives in Da Nang, was visiting his son in HCMC’s District 4 on April 1 when he found himself in an elevator with the girl, whose identity has not been revealed to protect her privacy.

He was caught on CCTV camera wrapping his arms around the girl’s neck and kissing her. When she squirmed away from him, he grabbed her again and only let her go when the door opened.

The girl told her parents about the incident and her family asked to see the elevator camera footage, which showed Linh had behaved inappropriately with her. The police later said he had also touched her thighs.

When questioned by the police, Linh said he had merely “petted” a girl he thought was cute and did kiss her twice, but not with the intention of molesting her.

The family did not want to make a fuss because of fears how it would affect the girl. Linh returned to Da Nang soon afterward.

When the footage surfaced online, it caused public outrage with many calling for severe punishment for Linh, especially because he himself had been a prosecutor.

On April 21 the HCMC police began an investigation.

Prosecutors said Linh’s action was dangerous to society but he should be given a commuted sentence since it was his first crime and he had been honest and remorseful during the investigation.

There have been repeated complaints by the public and experts that persons found guilty of rape and sexual harassment are treated too leniently by the criminal justice system.