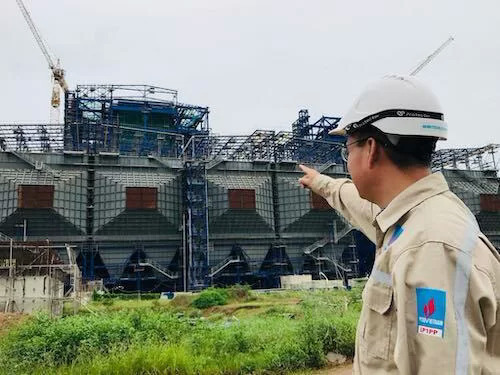 U.S. sanctions have prevented the Russian contractor of a billion-dollar power plant in southern Vietnam from importing materials to complete construction.

Around 20,000 tons of equipment still sit in storage and cannot be installed at the Long Phu 1 thermal power plant, a 1,200 MW project being developed in Long Phu District, Soc Trang Province, said a report by the State Capital Management Committee (SCMC).

SCMC represents the state’s ownership at the wholly state-owned PetroVietnam (PVN), the investor of Long Phu 1.

The report attributed the inability of the project’s EPC contractor, Russian power engineering company Power Machines, to import enough parts to finish the job to a U.S. embargo imposed in January 2018.

Preservation of the equipment and unused reinforced steel in storage is a major concern, the report noted.

In June, Deputy Prime Minister Trinh Dinh Dung had instructed PVN to coordinate with the EPC contractor and take measures ensuring that equipment does not rust or get damaged.

In January 2018, the US Department of Treasury announced an extended list of Russian individuals and companies subject to sanctions imposed on Moscow over the Ukraine crisis, which included Power Machines.

“The embargo makes it very difficult for the project to complete and meet investment efficiency requirements,” the SCMC report said.

Meanwhile, PVN has proposed that the project’s investment capital be increased by VND11.6 trillion ($500 million) to VND41.2 trillion ($1.78 billion), and that the government allows PVN to raise its owners’ equity contribution ratio to the project to above 30 percent.

According to SCMC, Long Phu 1 was approved by PVN in 2010 with a total investment of about VND29.58 trillion ($1.28 billion), of which 30 percent would come from PVN’s equity capital and the remaining 70 percent from commercial loans.

Although the decision to change the capital ultimately rests with the PVN management board, it needs to be able to explain and prove that the increase in capital will result in additional financial and socio-economic efficiency for the project.

Since PVN’s equity is currently limited, the corporation needs to clearly determine its ability to invest from its own equity, the report said.

Work on the Long Phu 1 site began in June 2015, and the two units were originally scheduled for completion in 2018 and 2019 respectively.

Vietnam needs $150 billion by 2030 to develop its energy sector as electricity demand in its rapidly growing economy is set to grow by 8 percent a year for the next decade, according to the World Bank.