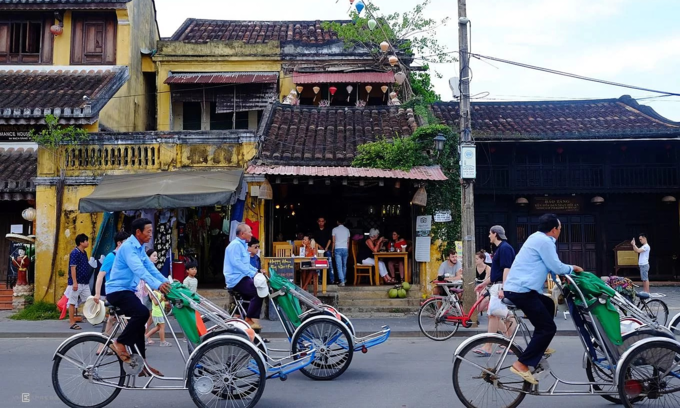 Hoi An police have detained two teenage boys for trying to grope a British visitor and snatching a handbag from her.

Initial investigations indicate that Truong, Luc and 15-year-old Nguyen Viet Duc were riding their motorbikes on Bach Dang Street in the ancient town of Hoi An on September 7. When they saw the British woman walking alone, they stopped their motorbikes and attempted to grope her.

However, the woman resisted them. During the struggle, she dropped her handbag, which they took and drove away. The handbag contained her iPhone, some cash and personal documents.

Truong and Luc snatched another foreign tourist’s handbag on September 11. Based on camera footage, local police arrested the trio the same day.

Duc has been released on bail. Police are expanding the investigation.

Hoi An is one of the most peaceful towns in Vietnam and a highly popular tourist destination. However, in recent years, overcrowding and street crimes are undermining its charms.

In February, police arrested four teenagers for a series of robberies targeting foreigners during the Lunar New Year holiday.