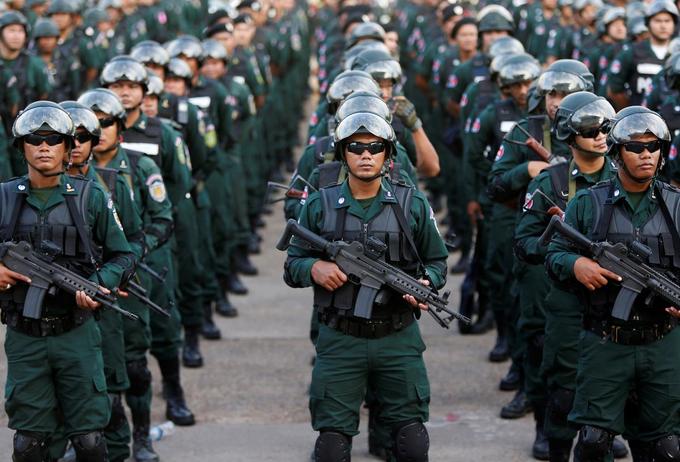 Cambodia’s armed forces display anti-riot gear and assault rifles at the Olympic stadium ahead of a general election this weekend, in Phnom Penh, Cambodia, July 25, 2018. Photo by Reuters/Samrang Pring.

He said: “During major national and international meetings we can prove that our country has first-rate security forces. We have a police special forces team but this was disbanded due to a lack of the required skill level.

“The new elite unit is being prepared and we are looking to have them fully trained.”

The Vietnamese delegation said his request would be forwarded to the senior leadership.

Kin Phea, director-general of the International Relations Institute at the Royal Academy of Cambodia said the special intervention unit is tasked with protecting senior leaders, foreign delegations and the public.