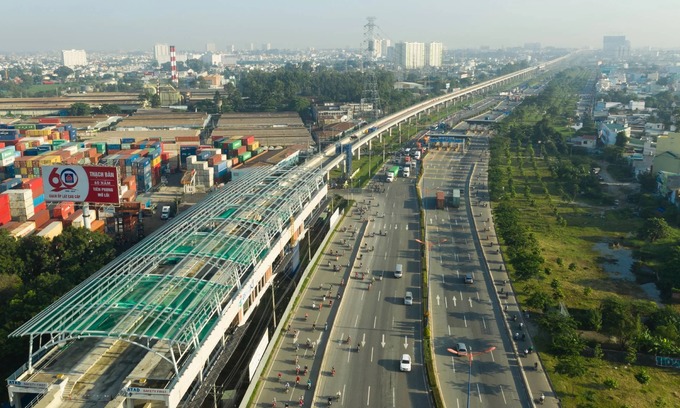 The center will first build models to predict future socio-economic patterns for the southern metropolis until 2025, with a vision until 2030, said Tran Hoang Ngan, director of the HCMC Institute for Development Studies.

These predictions would not only help HCMC address problems issues like flooding or traffic congestion, but also promote confidence among foreign investors, said the city Party Secretary Nguyen Thien Nhan.

“The cost to run the center is insignificant as it requires little infrastructure. Instead, it mostly requires brainpower,” he said.

The center should come up with a model for the city’s short term (three to five years) and long term (10 years) development. By October, it should be able to simulate one for HCMC’s economy in 2020, he added.

As Vietnam’s most populated city and with the largest-scaled economy, HCMC serves as the engine to drive the whole country forward, said Nhan. As such, becoming a smart city (by using artificial intelligence) would help that engine speed up and avoid future mistakes, he added.

In 2017 the southern metropolis began implementing a plan to transform itself into a smart city by 2020.

The goal of this ambitious plan is to use scientific advances to resolve the problems the city faces, including rapid population growth, unsustainable economic growth, inadequate forecasting, planning and management, poor healthcare, education and transport, pollution, and inefficient public administration.

The four pillars of the plan are the construction of a smart city operation center, a public database, a socio-economic simulation center and a cyber security center.

The city also began studying the use of artificial intelligence to help with this goal.

As an economic hub with more than 10 million residents, HCMC has everything needed to set up a center for studying and applying AI, Nhan had said at a scientific conference last March.