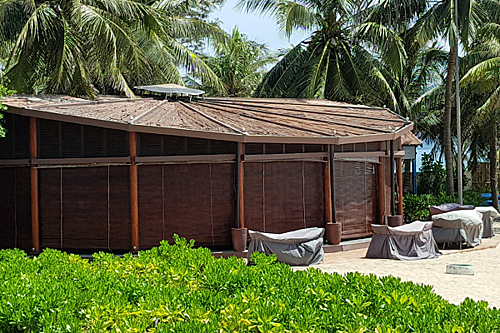 A shed, part of a resort in the central city of Da Nang, encroaches on a public beach. Photo by VnExpress/Nguyen Dong.

14 resorts have villas, swimming pools and restaurants encroaching on public beaches in Da Nang, a city official said on Monday.

All were built within the last decade.

Da Nang authorities used to allow resort investors to manage the beach area around their buildings.

But following public criticism that resorts tend to block public beaches from the public and reserve them to their customers, the city has changed its policy.

It has started work to build roads leading to the beaches through resorts to give access to the public.

The coastal city, usually considered the third most important in Vietnam after Hanoi and HCMC, is a top tourist destination.