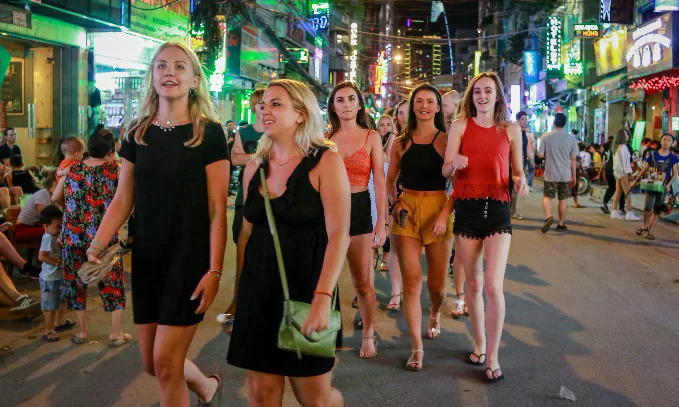 Vietnam is the only Southeast Asian country among 10 world’s fastest growing travel destinations, according to a United Nations report.

The country’s tourism industry is moving in the right direction, and its 2018 visitor numbers rose at one of the fastest rates in the world, the 2019 Tourism Highlight report released by the United Nations World Tourism Organization (UNWTO) early this week said.

“In Southeast Asia, most destinations posted strong growth, particularly Vietnam. Outbound tourism from China and India fuelled growth in many destinations in the region.”

Vietnam’s foreign visitor numbers rose 19.9 percent to a record 15 million last year, putting it 10th in the list of fastest growers, which was topped by Ecuador with 51 percent. Iran was second with 49.9 percent and Egypt, third with 36.8 percent.

The report said France was the most visited country in 2018 with 89 million, followed by Spain and the U.S.

The Asia-Pacific region had the second highest market share of 25 percent after Europe’s 51 percent. The Americas were third with 15 percent.

In the Asia-Pacific, growth was significant in Southeast and South Asia. Southeast Asia received 128.7 million visitors, a 7.8 percent increase, the highest rate in Asia.

“Growth in international tourist arrivals and receipts continues to outpace the world economy and both emerging and advanced economies are benefiting from rising tourism income,” said Zurab Pololikashvili, secretary general of the UNWTO.

With visa waivers for several countries in Asia and Europe, the government expected to see around 20 million foreign visitors in 2020 and earn $35 billion in annual revenues by then, equivalent to 10 percent of GDP, according to the Vietnam National Administration of Tourism (VNAT).