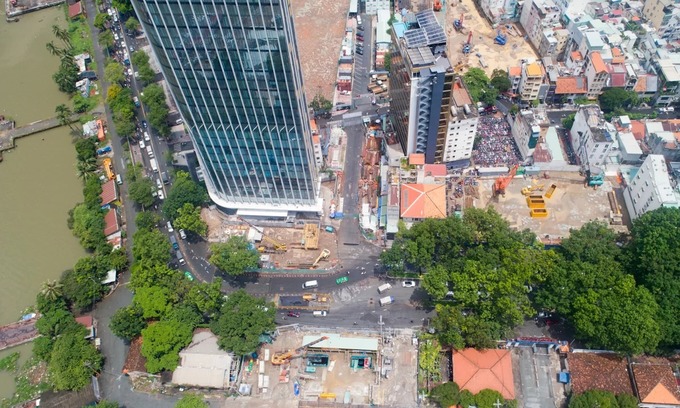 Haphazard urbanization has meant that HCMC has only achieved 8 percent of its per capita greenery goal of 6.7 square meters.

With less than a square meter of green area per person, the city has met less than a third what the World Health Organization recommends for a healthy urban life.

While the city’s population has grown tenfold since 1975 from 3.5 million to 10 million (13 million with migrants), the number of trees per capita has not kept pace with, HCMC Party Secretary Nguyen Thien Nhan said at a conference Wednesday, media reports said.

Nhan said there were only 102,000 numbered trees in Vietnam’s biggest city, which is a lot less than Hanoi and Singapore. Hanoi has over a million trees and Singapore two million.

Parks provide essential community space for entertainment and sports, but the city has failed to develop enough of them, he added.

Le Hoa Binh, Director of the municipal Construction Department, backed Nhan’s comments at the meeting, saying the growing speed of urbanization coupled with the average annual population increase of 1 million has meant that the city has neither met residents’ need for green parks nor the basic greenery standard for a modern developed city.

Binh said the city needs a separate source of funding for public park development of about VND100-200 billion per year ($4.3 – 8.5 million). The goal is to develop at least 10 to 20 hectares of public park area each year, he said.

As of 2018, HCMC had 491 hectares of park area, officials said at the conference. However, most of the parks were built a long time ago and their infrastructure has degraded. Boundaries have not been well defined for many parks, resulting in encroachment.

The city-owned HCMC Greenery Parks Company Limited said at the conference that the lack of greenery in the city had to do with erratic weather and human impacts.

It said construction units dismantled tree stumps and uprooted trees when they built and/or renovated sidewalks, resulting in them cutting down the trees altogether. Underground construction works have also damaged tree roots.

Trees have been chopped down in large numbers in both HCMC and Hanoi to accommodate their metro lines.