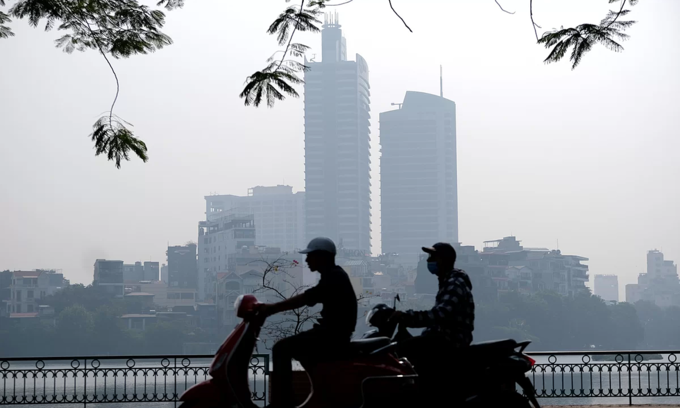 Smog permeates the air near the West Lake in Hanoi, September 30, 2019. Photo by VnExpress/Giang Huy.

Most Hanoians and Saigonese are dissatisfied with the air quality in their cities and feel additional measures are needed to improve it.

A survey on residents’ perception of air pollution in Hanoi and Saigon, done by the Center for Media and Development Initiative (MDI), found 66.4 percent of respondents in Hanoi and 58 percent in Saigon were “dissatisfied” with the current air quality in the two cities.

Just one 1 percent in Hanoi and 2.8 percent in Saigon said they were “satisfied” with local air quality.

Most of the respondents, 76.8 percent in Hanoi and 64.2 in Saigon, said additional measures were necessary to deal with air pollution.

The survey, which questioned over 1,000 residents of both cities from May 14 to August 27, found most respondents, 77 percent in Hanoi and 67.2 percent in Saigon, believe that air quality is poorer today than it was three years ago. They felt traffic, burning of trash and industrial processes were the main causes of worsening air pollution.

49.2 percent of respondents in Hanoi and 50.4 percent in Saigon said the government needs to put in more effort to combat air pollution. The top three solutions identified by the residents were: better emission control, enactment of a clean air act, and higher taxes on activities that pollute the air.

“Air pollution remains controversial as the air pollution measurement systems in Hanoi and Ho Chi Minh City have not been completed. It is clear in this report, however, that people feel the negative impacts of air pollution,” said Tran Le Thuy, cofounder and director of MDI.

Drastic air pollution control measures should be taken and people should be given a clear and accurate understanding of the levels and sources of air pollution in the two cities, she added.

A recent government report said the PM2.5 particulate level in Hanoi reached a five-year high last month, with officials urging residents to limit outdoor activities. PM2.5 particles, described as superfine particles, are discharged by vehicles, industrial and natural sources like dust and can easily pass through lung tissue and be absorbed into the bloodstream, causing adverse health effects.

Air quality in the capital city was consistently ranked “unhealthy” by air monitoring apps in September and October.

Officials said the low quality of air in Hanoi was caused by construction, a growing number of cars and motorcycles and heavy industry emissions, including steel works, cement factories and coal-fired plants.

Meanwhile, authorities in HCMC admitted at a meeting earlier this month that exhaust from 10 million vehicles, smoke from 1,000 large factories and dust from numerous construction sites are worsening the city’s air pollution.