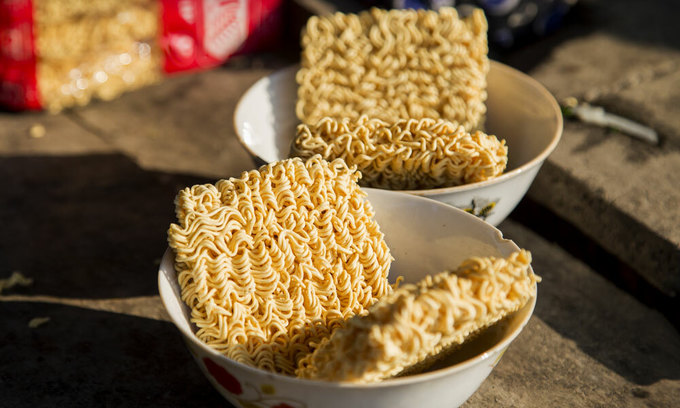 A new instant noodles product is launched every 2 days in Vietnam even as consumption grows at a sedate pace.

A report by market research firm Kantar Worldpanel also said that this year, as of June 16, a Vietnamese person in rural areas consumed 56 packs of instant noodles on average, up 5 percent year-on-year. The corresponding figure in urban areas was 36 packs, up 4 percent.

Around 90 percent of Vietnamese households bought instant noodles in that period, it said.

Instant noodles are bought at different channels and they are priced differently, too, the report said. An average noodle pack costs VND4,200 (18 cents) in traditional markets, VND5,300 (23 cents) in mini stores and VND5,500 (24 cents) in supermarkets.

Kantar said that although the instant noodles market was now in a ” slow-growth maturity stage,” there were still opportunities for manufacturers to attract more customers with new products, giving them a competitive edge.

However, for a new product to be successful, brands need to make “an outstanding offer to a sizable consumer need” and have effective launches, it added.

Vietnam was the world’s fifth largest instant noodles consumer last year with 5.2 billion servings, a 2.8 percent increase from 2017, according to the World Instant Noodles Association.