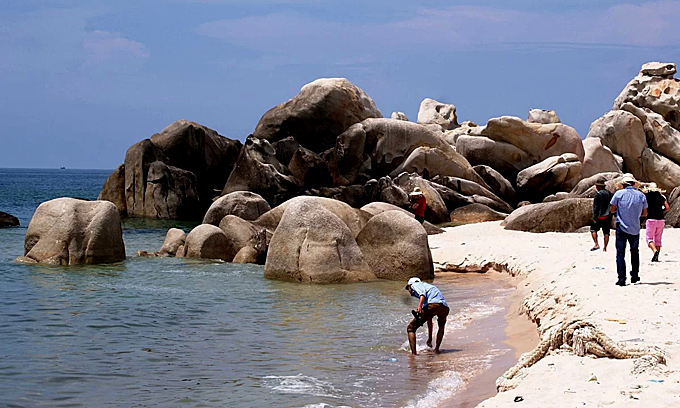 At around 5 p.m., visitors bathing at Tan Tien Beach, La Gi Town discovered a group of tourists being swept away by the waves and called for help.

Those who could swim tried to save them and tragically, a local resort’s rescue staff, 56-year-old Nguyen Minh Tam, was also swept away.

With the help of locals, nine people were brought to shore and given CPR (cardiopulmonary resuscitation) on the beach, then quickly taken to a public hospital for emergency treatment.

Another two men are believed to be missing. The beachgoers were all workers of a company in nearby Binh Duong Province.

The same day, at Da Ong Dia Beach in Phan Thiet Town, around 60km away, two people were swept away by strong waves. One was saved, but a 43-year-old man who has not been named died before rescuers got him ashore.

Locals say that prevailing bad weather conditions have made the seas rough and dangerous in Binh Thuan, a popular beach destination in Vietnam. Inexperienced swimmers can easily be swept away by the retreating tide in the afternoon, they say.