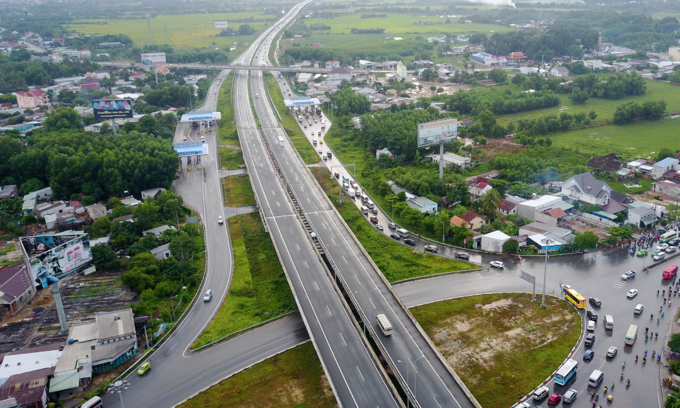 HCMC’s Department of Transport wants to use of the space under expressway bridges to build roads and parking lots to reduce congestion.

The department said that the ground beneath three expressways running through the city are left unused.

It has suggested to the Ministry of Transport that temporary roads are built underneath a two-kilometer section of the HCMC-Long Thanh-Dau Giay Expressway, which connects the southern metropolis with Dong Nai Province and Vung Tau beach town.

The temporary roads should only be used by small vehicles, as bigger ones like trucks or containers running on them could ruin the expressway’s structure, officials said.

The area of land reserved for traffic in HCMC is among the lowest in Vietnam, especially when it comes to space for parking, according to the city’s transport department. It is also one of the reasons why traffic congestion is worsening, hence new solutions just as the one just suggested are needed, it said.

Vietnam’s largest metropolis with 13 million people is frequently plagued by traffic jams. The city has around 7.8 million motorbikes and about 750,000 cars.

Parking space in the city downtown now only meets around 7 percent of total demand, according to urban planning experts. Several parking lot projects have remained on paper for years.

“Without intervention, traffic congestion in the downtown area will get more serious,” said Ngo Hai Duong, head of the road infrastructure development unit under the transport department.

The department said that the city is considering charging downtown tolls for cars as part of efforts to improve the situation, but this measure will not be implemented before 2021.