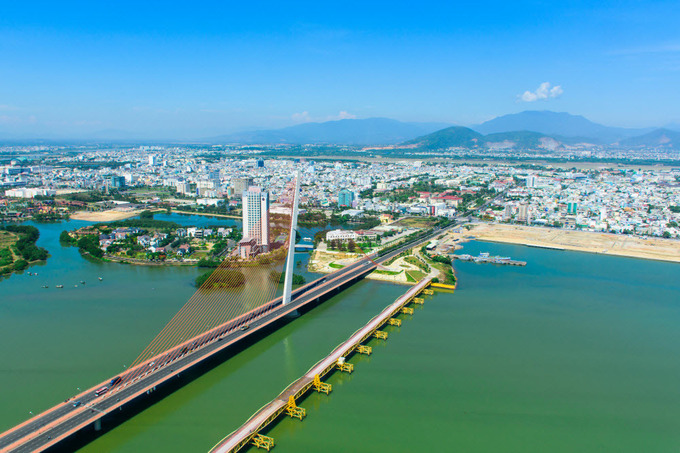 Tran Thi Ly Bridge is one of the popular landmarks in the central city of Da Nang. Photo by Shutterstock/Da Nang.

Citing data compiled by travel search engine Kayak, the Hong Kong-based newspaper has ranked Da Nang third among 10 most popular destinations for Hong Kong holidaygoers to enjoy summer holidays based on an increase in flight searches.

Kayak data shows that the search frequencies of flights in the next two months from Hong Kong to Da Nang has seen a year-on-year surge of 246 percent.

Fukuoka in Japan was the most sought destination, with flight searches surging 304 percent year-on-year, followed by Chiang Mai in Thailand (270 percent).

Melbourne and Sydney in Australia came in fourth and fifth on the list. The rest of the top 10 included Busan in South Korea, Thailand’s Phuket, Sapporo and Okinawa in Japan and Taiwan’s Taichung.

Da Nang, home to the beautiful My Khe Beach and a neighbor to the popular ancient town of Hoi An, has a busy summer agenda with its signature international fireworks festival taking place every Saturday from  June 1 to July 6 along the Han River.

South Korea, mainland China, Japan and Hong Kong are the four groups of foreign visitors with the highest growth rates in the central city.

Earlier this year, the New York Times ranked the city among 52 best places to go in 2019, dubbing it “the Miami of Vietnam.”

Australian travel website Finder chose Da Nang as one of the best travel destinations for 2019.