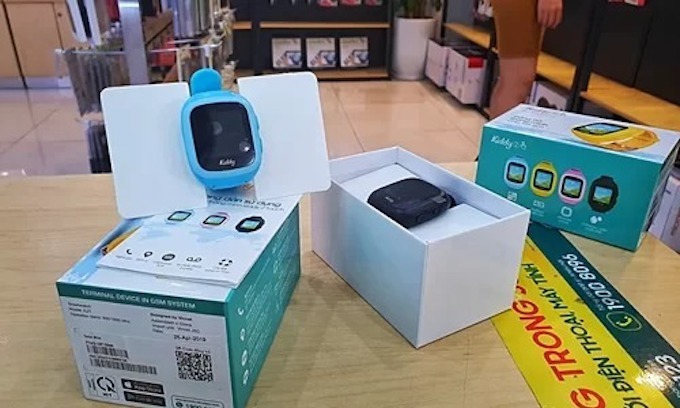 Kids’ GPS watches flew off shop shelves in Hanoi after the tragic death of a 6-year-old boy in a school bus.

A Viettel store salesperson on Nguyen Phong Sac Street in Cau Giay District said the GPS watches for kids have been sold out. “All stores in the district have run out of their stock and are waiting for refills,” said the person who asked not to be named.

Another Viettel store in Thai Ha Street said it had sold 30 watches by lunchtime, Wednesday, four times the number on an average day.

A representative of a MobiFone store in Nguyen Chi Thanh Street said that dozens of customers had enquired about the store’s Tio GPS watches, while these items are not sought after on a normal day.

Hoang Linh, a mother in Cau Giay District, said that she spent her lunch break looking for a Kiddy 2 Touch watch at a nearby Viettel store for her daughter, but the item was sold out.

Kiddy 2, distributed by Viettel, and Tio, distributed by MobiFone, are said to be the most popular GPS watches in the country for children. Their prices range from VND1.3-1.4 million ($56-60). These waterproof watches allow phone calls, audio messaging and emergency warning. It sends a signal to the child’s parents’ phones when he or she moves outside a pre-specified safe zone.

Demand for the watches rose after Le Hoang Long, a six-year-old student at the Gateway International School in Hanoi’s Cau Giay District died Tuesday after being abandoned in the school bus for nine hours.