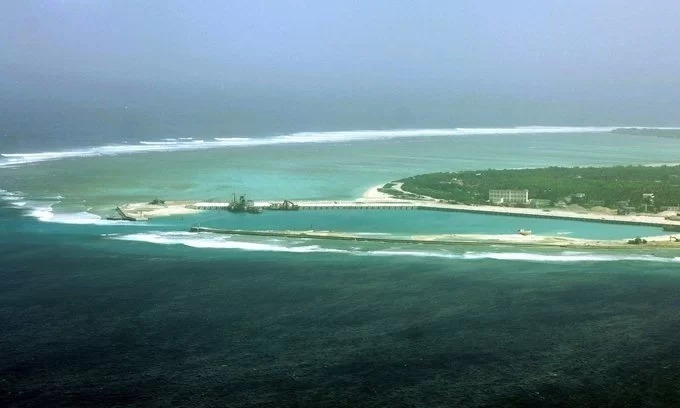 A view of Woody Island, part of the flashpoint Paracel chain. Photo by AFP.

Vietnam has strongly emphasized that China’s military drills near the Paracel Islands is illegal and a violation of its sovereignty.

“As repeatedly emphasized, Vietnam has full legal basis and historical evidence to assert its sovereignty over the Hoang Sa [Paracel] and Truong Sa [Spratly] islands in accordance with international law.

In an announcement issued Monday, the Maritime Safety Administration of China’s Hainan Province said that all vessels were forbidden from entering the area while the drills were underway.

The latest drill was a continuation of similar illegal actions by China. In May last year and March this year, it had live-fire drills in areas under Vietnam’s sovereignty near the Paracel Islands, which China had seized from then-South Vietnam regime by force in 1974 and has since been occupying illegally.

Last June, it held a five-day military drill in an area north of Vietnam’s Spratly Islands, parts of which have been illegally occupied by China since 1988.

China’s latest military drills were held even as the international community has expressed concern over its recent actions in the South China Sea.

In 2012 it established the so-called Sansha City on Woody Island, which also covers several island groups and atolls in the South China Sea including the Paracel Islands, the Spratly Islands and the Scarborough Shoal. In Vietnam, misconception drives parents to believe their children are all geniuses