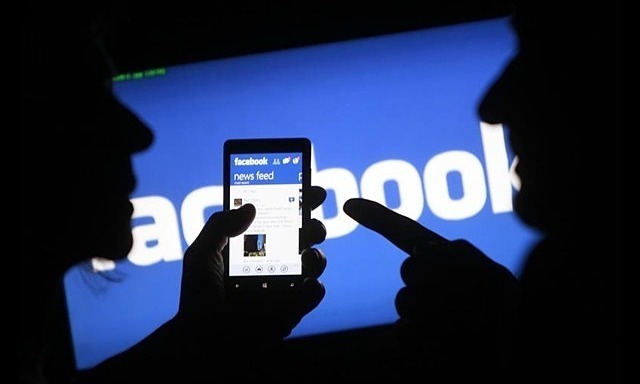 Facebook is the most popular social media platform in Vietnam. Photo by Reuters/File.

A legal framework will be built for Vietnam to handle fake news and toxic information spread online, a minister said Friday.

Nguyen Manh Hung, Minister of Information and Communication, told the National Assembly that fake news and toxic information was a global problem that many countries were grappling with.

The first and foremost factor in preventing the spread of fake news is a well developed legal framework, he said.

Vietnam already has the Law on Cybersecurity, which was passed in June last year and requires digital businesses like Facebook and Google to store the data of Vietnamese users in Vietnam and bans internet users from organizing, encouraging or training other people for anti-state purposes.

It also prohibits the spreading of incorrect information which causes confusion among people, damages socio-economic activities, creates difficulties for authorities and those performing their duty, violates the legal rights and benefits of other organizations and individuals.

However, it does not regulate specific sanctions against those spreading fake news and rumors on the internet.

Many countries in the world have already equipped themselves with specific regulations on handling such information and their sources, the minister said.

Hung cited Singapore as an example, saying those spreading fake news and rumors via websites or social media platforms could face financial penalties up to millions of dollars as well as jail terms.

Prime Minister Nguyen Xuan Phuc has already assigned the Ministry of Public Security to work with the Ministry of Information and Communications to come up with a set of regulations on dealing with fake news soon, he said.

Hung went on to say that toxic information mostly came from platforms outside Vietnam.

There are techniques available to detect and eliminate fake and toxic information, he said, “but many foreign firms operating in Vietnam refuse to use them and argue that it is those who spread such news and information that have to take full responsibilities; that they only work to provide the platforms, like a information supermarket.”

However, the minister insisted that foreign firms have to play by Vietnamese rules in Vietnam.

‘Don’t think you can hide’

Hung said foreign social media platforms in Vietnam will be required to identify their users when necessary.

This will make users think twice before spreading fake or toxic information, he said.

“Don’t think that you can hide your identity on the social media.”

Ministries, departments and local authorities must equip themselves with technologies that allow them to keep up with what is happening online, the minister said. He suggested that they use the National Cyber Security Center as a tool for data collection and sharing.

Hung also said that his ministry has been working with the Ministry of Public Security, the central bank and the General Department of Taxation to identify social media accounts.

Legislators raised questions on businesses “overexploiting” personal information, saying this was against the law.

But he admitted that Vietnam still lacks regulations on how businesses can use their customers’ personal information and how they should protect it. The government and related ministries are still working on a decree on this issue, he said.

A report by U.K. research firm We Are Social earlier this year said a Vietnamese spends on average six hours and 42 minutes a day on the Internet, with Facebook being the most popular social media website.

Around 64 million people, or over half of the country’s population, are online, it added.