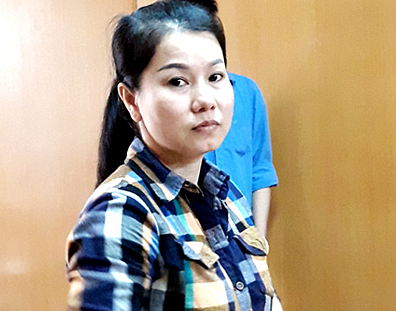 A HCMC court sentenced a local woman to seven years in prison on Tuesday for robbing a Frenchman last year.

37-year-old Nguyen Tu Uyen admitted to her crime at the trial, but she claimed that she was forced into sexual intercourse every time she went to his apartment, and that prompted her to steal from him.

According to the indictment, Uyen created a Facebook account and made friends with the 63-year-old French man, whose name has not been revealed.

On June 11, both went out for eating before returning to his apartment in District 7, home to a large expat community in the city. On that night, she put sleeping pills into a glass of beer he drank.

When he became unconscious, she took his cash, two cameras and a mobile phone with total value of VND300 million ($12,900) and left.

After receiving a complaint from the Frenchman, police launched an investigation and arrested the woman at an apartment in District 7 a week later.

No investigation has been launched upon her sexual assault allegations.

Ho Chi Minh City, Vietnam’s largest metropolis, is one of the most visited destinations in the country, with more than seven million foreigners welcomed last year.

However, increasing complaints about street crime, traffic chaos and robbery are undermining the city of its gloss.

The Vietnamese government last year approved a three-year extension of visa exemptions for Europeans visiting Vietnam, including those from France.