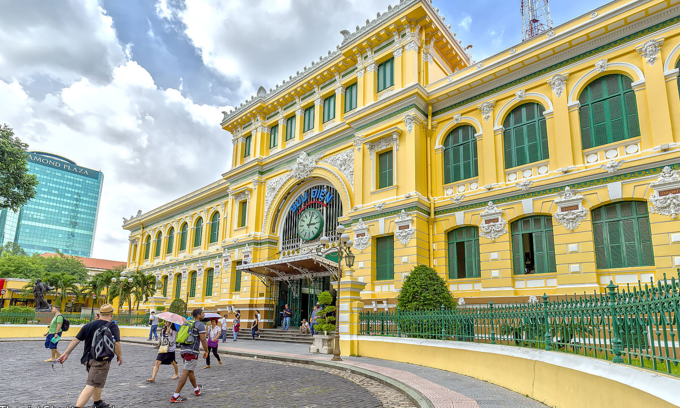 Vietnam is among the top three overseas travel destinations for South Koreans in 2019, a new report says.

The country is a leading choice for South Korean travelers, ranking third after Japan and mainland China, with their number expected to increase by 30 percent this year to four million, according to Global Destination Cities Index (GDCI), published this week by Mastercard, which ranks the biggest globetrotters by country and their favorite destinations.

Last year the number grew by 44 percent to more than 3.4 million, accounting for more than a fourth of all foreign arrivals (15.5 million), Vietnam National Administration of Tourism (VNAT) data shows.

A South Korean tourist spends $1,120 while traveling in Vietnam, the fourth highest in a list topped by Australians, the VNAT said.

“Vietnam remains one of the favorite destinations for South Koreans,” said Park Jong Sun, head of the Korea Tourism Board representative office in Vietnam.

According to Mastercard, the U.S. was the biggest source market for international travel globally, followed by mainland China, Germany, the U.K., France, and South Korea.

Overnight visitors from mainland China, South Korea, Japan, and Taiwan now account for 18.5 percent of global travel expenditure in the world’s top 200 cities, up 11 percent from a decade ago.

Vietnam is in the midst of a tourism boom with a record 15.5 million arrivals last year, up 20 percent from the previous year. It raked in revenues of VND383 trillion ($16.5 billion) from foreign visitors, according to the General Statistics Office.

Tourism last year contributed 8.39 percent to the country’s GDP. The government seeks to make the industry an economic spearhead, making up 10 percent of GDP in 2020 with around 20 million foreign arrivals.

It has stepped up efforts to influence foreign tourists to return to the country through relaxed visa policies and other incentives.