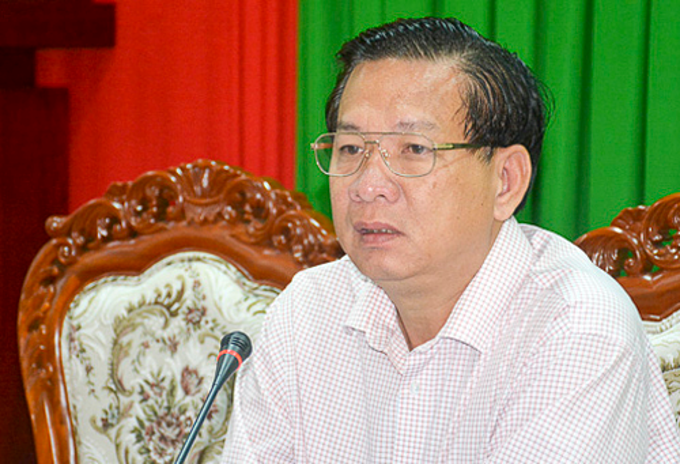 A top official of Soc Trang Province says he was not funded by a fake-fuel tycoon to travel to Japan as alleged earlier.

Huynh Van Sum, deputy Party chief of Soc Trang, said Wednesday that he had covered a trip to Japan between March 29 and April 3 on his own. Sum insisted that he was not funded by Trinh Suong, a fuel tycoon arrested recently for running a fake gasoline manufacturing and trading ring.

“I did take leave in line with regulations for a private trip. What the provincial vice chairman said earlier is not correct,” Sum said, referring to a statement made by Le Van Hieu, Soc Trang’s Vice Chairman.

Hieu told a news briefing Tuesday that Sum had led a delegation of provincial officials to visit Japan in a trip sponsored by Suong. The trip was for officials, about to retire, to visit and learn from Japan’s experiences.

“At that time, the province had yet to discover the fake gasoline ring that Suong run and therefore had assigned Sum, as deputy Party chief, to lead the delegation,” Hieu said as a reporter questioned him about a photo of Sum together with Suong and other Soc Trang officials in Japan.

Explaining the photo, Sum said “it is normal to meet acquaintances in a strange place and take photos with them.”

Also on Wednesday, the office of Soc Trang People’s Committee released a statement saying what Vice Chairman Hieu told the press was “inaccurate.”

Hieu told VnExpress Thursday that the question about the photo came to him as a surprise and he was confused. He added that he will not be assigned to make statements at news briefings in the future for that “mistake”.

The provincial vice chairman also admitted management weaknesses on the part of local authorities in allowing Suong to make fake gasoline for over two years.

Since early 2017 until the ring was busted, Suong had spent VND3 trillion ($129 million) mixing toluene with solvents and artificial colors to make fake gasoline.

Every month, the ring had sold up to six million liters of the gasoline and earned up to VND130 billion ($5.57 million).

So far, police have detained 23 people involved in the production and trade of fake fuels and are investigating the case further.

Speaking to reporters on the sidelines of a National Assembly session in Hanoi Tuesday, Minister of Industry and Trade Tran Tuan Anh said that the ministry was reviewing the regulations and clarifying responsibilities of officials involved in the case.