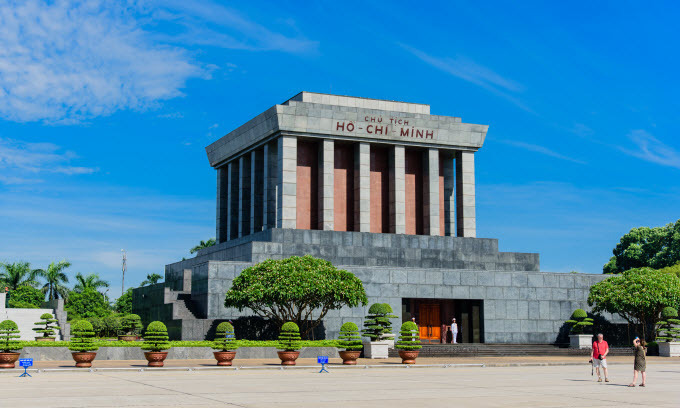 The management board of the mausoleum in a meeting with Phuc stated that President Ho Chi Minh’s embalmed body is being maintained in the best condition and the technological system and equipment are working well. “Security around the Ba Dinh Square and the adjacent Monument to the Fallen Hero is ensured.”

The board has suggested the building of an underground parking lot at the Ba Dinh Square to serve locals and tourists who come from far and wide to see the mausoleum.

President Ho Chi Minh passed away on September 3, 1969. In the following days, his body was embalmed by Soviet Union experts and a special Vietnamese medical team under a joint agreement between the two governments.

His body is placed in a glass coffin at the mausoleum named after him in Hanoi.

Opened in 1973, the granite memorial was inspired by Lenin’s mausoleum in Moscow and built on the spot where Ho Chi Minh read the Declaration of Independence on September 2, 1945, establishing the Democratic Republic of Vietnam.

The embalmed body of Uncle Ho is preserved in the central hall inside the building, and protected by a military honor guard.

A group of scientists, including four Russian experts and seven Vietnamese who recently examined President Ho Chi Minh’s embalmed body at his mausoleum, said it was in “excellent condition.”

Millions of people visit the memorial every year, making it one of Hanoi’s most popular attractions. It received 1.2 million tourist arrivals in the first half of this year, mausoleum managers said.

Visitors have to abide by a strict prescribed dress code that includes having their legs covered to enter the mausoleum.

At night, locals and visitors gather to view the mausoleum lit up and a flag ceremony