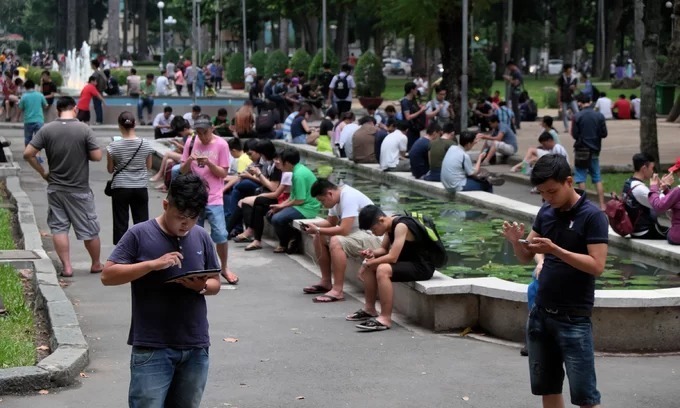 Internet connections in Vietnam could slow down through the upcoming National Day holiday courtesy of the disaster-prone AAG undersea cable.

A local internet service provider on Friday stated that the Asia America Gateway (AAG) has suffered a disruption since August 16 on the section connecting Ho Chi Minh City to Hong Kong, about 125 kilometers from the shore off the southern beach town of Vung Tau.

Initial cause might be a ‘shunting fault,’ said an unnamed representative of the service provider.

Repair work on the faulty section is scheduled to start on August 29 and be completed September 3, so Vietnamese internet users will face sluggish access to international websites during the three-day holiday that marks Vietnam’s Independence Day on September 2.

Since its debut, the cable has encountered a “very high” risk of rupture and been under frequent repair, affecting all service providers in Vietnam.

Vietnam currently has six submarine cable systems, as well as a 120 gigabit channel that runs overland through China.

With download speed of 7.02 megabytes per second, internet speed in Vietnam is ranked 89th out of 207 countries and territories, down 14 places from last year, according to a survey done by Cable, a U.K. broadband, TV, phone and mobile provider.

Around 64 million people in Vietnam, or over half of the country’s population, are online.