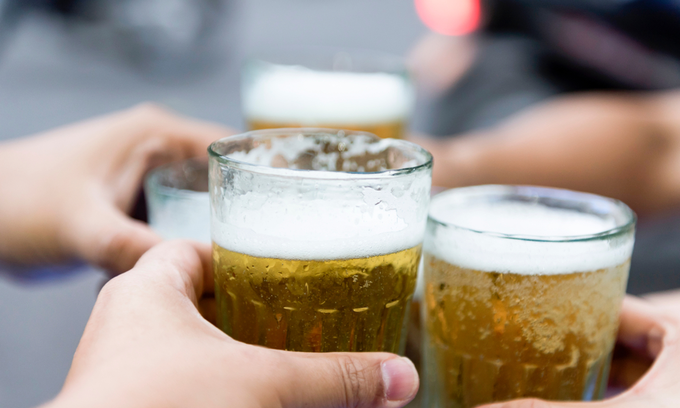 People drink beer at an eatery in Hanoi. Photo by Shutterstock/Kittibowornphatnon.

Together with chained cafés and bars, sales reached VND88 trillion ($3.8 billion) last year, up 6 percent from 2017, according to market research firm Euromonitor.

With 31,180 outlets in the country, sales at cafés and bars are estimated to rise by 2 percent to VND90 trillion ($3.9 billion) this year, of which 87 percent will be from independent businesses.

Beer clubs and beer gardens are ideal places for office workers because of their mid-range prices, wide selection of beers and attractive décor, the report said.

Coffee chains are focusing on a new tasting trend. Starbucks have opened Reserve outlets to offer a wider range of coffee beans for customers to choose from, while local chain The Coffee House also opened The Coffee House Signature outlet last year with a similar concept, Euromonitor added.

The number of café and bar outlets is expected to have a compound annual growth rate of 2 percent to reach 32,440 units in 2023, it said.

Alcohol, especially beer, is widely consumed in Vietnam. Data collected by the Ministry of Health shows Vietnamese citizens consumed 305 million liters of liquor and 4.1 billion liters of beer in 2017, making it the biggest alcohol consumer in Southeast Asia and third biggest in Asia after Japan and China.