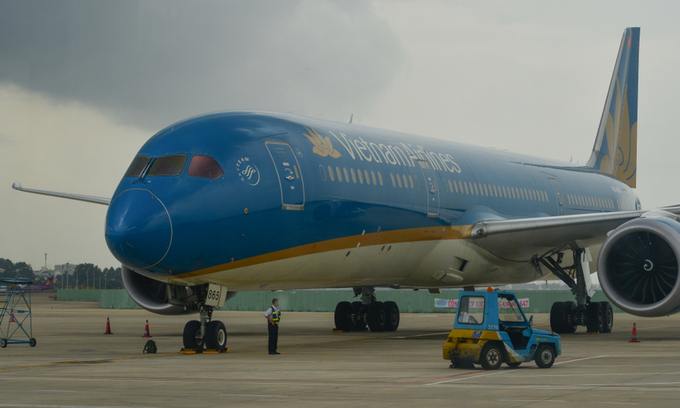 An employee at HCMC’s Tan Son Nhat Airport has been fined VND4 million ($172) for not keeping a safe distance from a plane on a runway.

The employee of Saigon Ground Services, whose full name has not been released, drove his ground vehicle onto the runway, forcing a Vietnam Airlines plane to make a sudden stop on August 19.

His driving license for operating ground support equipment has also been revoked for two months, the Ministry of Transport said on Tuesday.

On August 21, another accident took place at the HCMC international airport. The driver of a mobile boarding ramp lost control and struck a plane waiting to leave for Osaka, Japan, leaving a dent on its fuselage.

The flight had to be postponed by a day and the aircraft has been sent for repairs and checks.